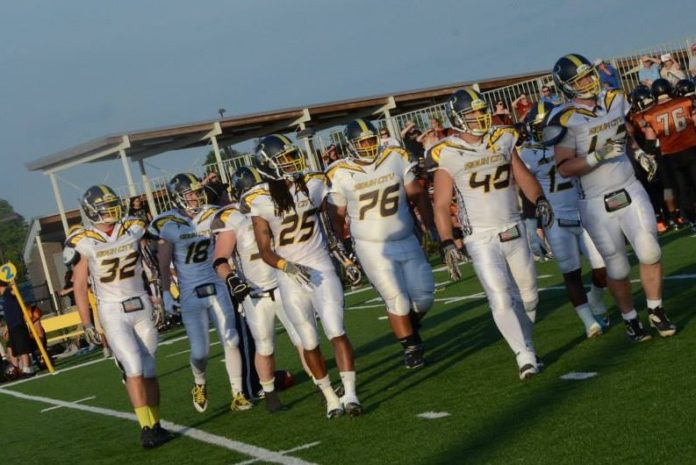 The Sioux City Stampede have had quite a year leading up to their final two games of the regular season. They jumped out to a fantastic start with blowout wins over veteran programs scoring 283 total points and allowing only 53 in their first 5 games. They also led the league in points scored per game with just under 57.

Then some hiccups occurred. 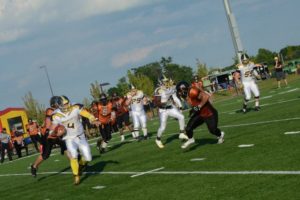 o straight games putting them at 5-2 on the season. The two games they lost, however, were to a couple of the top two teams in the country that limited the Stampede to single digit scoring.

The Stampede, however, are not worried about the losses and would love to play them again should they meet up in the postseason.

Co-Owner and player Chad Hueschen said, “Those two games, we didn’t play our game. We made a lot of little mental errors that can be easily corrected and the guys know that.”

The Stampede still have their eyes set on winning despite the two bumps in the road but are going to have their hands full. Their game this weekend is an away game and against another very talented team from Omaha. The Omaha Stockmen come into this match with a 3-3 record but they have won 2 straight games and a shut out win in their last match. The Stampede, however, have had a two game skid and went from averaging over 56 points per game in their first 5 games to averaging just 2.5 points in the last two. The momentum is definitely in the Stockmens favor but Sioux City doesn’t need the momentum to win.

When asked about the heart and character of this team regardless of the outcome Chad had this to say.

“I love these guys.  I can’t say enough about the character of these guys.  I couldn’t ask for a better bunch of guys to represent the Stampede from the volunteers, players, all the way to the coaches.  There’s a brotherhood, a family unity with these guys and it’s fun to watch.  I really can’t explain it.  It’s almost like you have to be in the game or on the sidelines with these guys to feel it.  The game is just a game no matter the outcome, win or lose there’s a brotherhood that will be there long after the game is gone.  That’s very special to me, and to this team.”

Siouxland knows the heart and character of this team already with all of the volunteer work they do throughout Siouxland from book readings, camps, support of other local teams, recognition of their awesome fan base and the list goes on so make sure you check out their Facebook page and follow the remaining season especially this weekends game.  Kickoff is at 7pm at Ralston High School and should be a great game.  Go Stampede!! 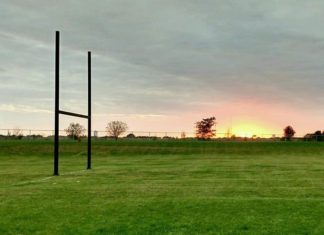