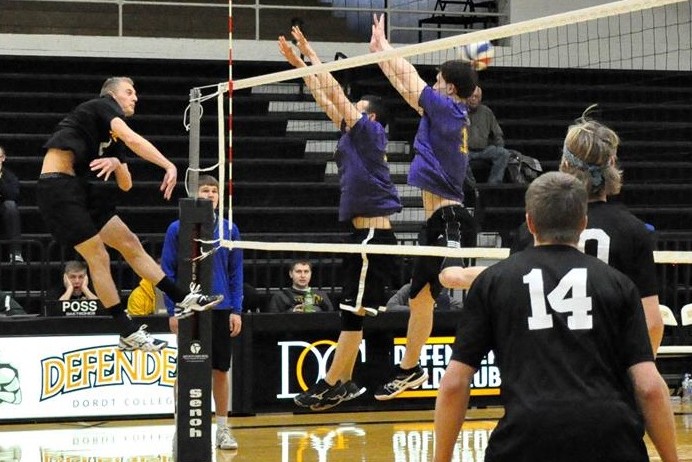 The Dordt College Men’s Club Volleyball Team has been a lot like other club teams in college the past two years.  Their funding is limited if any at all, coaching and playing is all volunteer and the players are not on scholarship.  For the 2015-16 season that will all be different because earlier this year Dordt College announced that they are making men’s volleyball a varsity sport.

The men’s volleyball program started two years ago, with help from Coach Tom Vanden Bosch, but was completely student run.  Their team was and is still made up of players with high school experience and with some that have never been on an official team before but they have seen some incredible success.

This past year, with help from Coach Brian Hoekstra (National Club Volleyball Federation DII Coach of the Year), they won 3 of the 4 tournaments and took 2nd place at the other one and were ranked as high as 4th in the NCVF.  They also went to a national tournament, the NCVF Championships, and beat teams from Siena, Wheaton College, Loyola Marymount and Xavier making it to the round of 16 while competing in the Men’s Division II bracket.  They finished the national tournament with a 4-2 record 9th overall and their season at 27-4.  Eric Geels and Mark Tiemersma were named All Tournament Team Honorable Mention at the NCVF Championships. 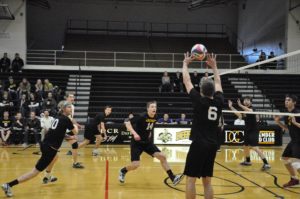 With all of the team’s success in its first two seasons competing against other club programs it’s no wonder why Dordt College is making it a varsity sport.  Men’s volleyball is also a growing sport throughout the NAIA.  The addition of Dordt College and Briar Cliff this year now makes 7 schools in Iowa alone with men’s programs including Morningside College.

This should be a very exciting program to watch and a very successful inaugural season.  Chad Hanson, the women’s head volleyball coach, will also coach the men’s program that only lost one player to graduation but is returning all of its starters. 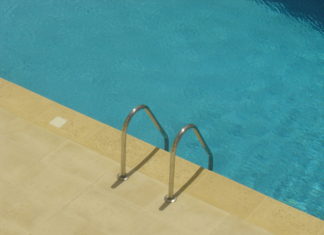 HometownShare Submissions - December 15, 2014
0
South Sioux City, NE –    This swim season at South Sioux City High School is shaping up to be one full of opportunities, with...