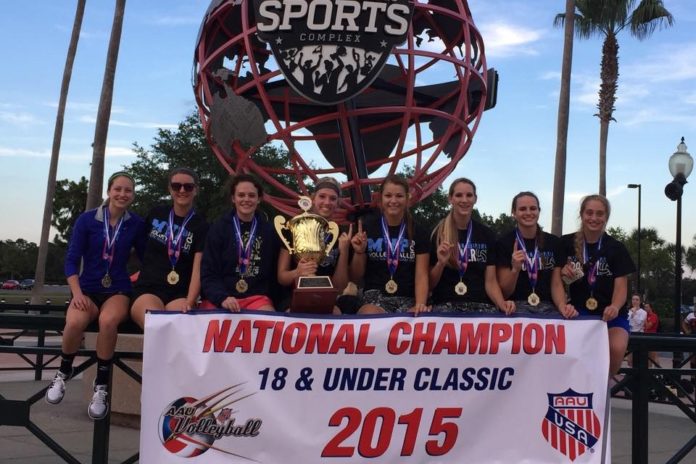 MVP 18’s have been practicing and participating in tournaments since January of this year and with their record you would think it came easy but it did not.  Throughout the year MVP 18’s competed in 8 different USA tournaments in both Omaha and Lincoln and were ranked in the top 3 in the Great Plains region during the entire season.  However, with postseason stretching into the summer months and conflicts with college as well as injuries the MVP 18’s were left with only 5 remaining players, Shelby Van Den Berg of Sioux Center, Ali Verzani of Lawton Bronson, Alexia Gerdes of Cherokee, Britney Thompson of Le Mars and Lindsey Smith of Dakota Valley.  The five players did not want to miss the post season and neither did their coach.

Head Coach Rick Pruett, who has 19 years of head coaching experience at college and even more experience coaching USA Jr. Olympics, decided they were right and he didn’t want it to end either.  So, he contacted some other teams that couldn’t compete because of similar losses and the MVP 18’s added three additional players, Morgan Stute of Kearney, NE, Allison Kuenle of North Platte, NE, and Josie Cox of Maxwell, NE, to join their team.

Coach Pruett knew the travel distance for practice was going to be very difficult for these girls so he and the other coaches, Melissa Smith and Kam Smith, came up with an idea.  They decided to have the team meet just a few days before leaving for Orlando, FL to get their practice and bonding together and it worked out perfectly.

“The athletes met up on Saturday, June 16th for a BBQ and bonfire and they all hit it off immediately. Their closeness grew throughout the week with many team bonding activities and practice sessions. Their talent was obvious but what really set them apart was their chemistry. They all gave everything they had every time they stepped on the court. No one was playing selfishly; they all played as if they had known each other for years.” 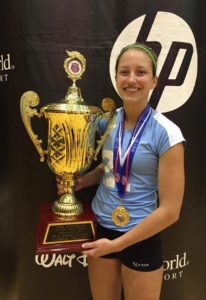 Lindsey Smith of Dakota Valley, who was named South Dakota Class A Miss Volleyball earlier this year, was named National Tournament MVP.  Lindsey and two of her teammates, Morgan Stute and Allison Kuenle, were named AAU All Americans.

This talented team is also a very young team with four players entering college this coming fall and the other four will be seniors in high school.  Lindsey has committed to play volleyball at the University of Nebraska Kearney and Morgan Stute will be joining her there this year as well.  Allison Kuenle and Josie Cox have also committed to playing for UNK but still have a year of high school and will not be joining them until the 2016 season.  Britney Thompson of Le Mars will be playing at Southwest Minnesota State this fall and Shelby Van Den Berg of Sioux Center will be staying in Siouxland and playing at Northwestern College in Orange City.  Alexia Gerdes of Cherokee and Ali Verzani of Lawton both have one more year of high school and have not decided on a college yet.

The MVP Club is a non profit organization and is the only club in Siouxland to have sponsored local teams in AAU and USA National Junior competitions.  This year the club had 10 teams that included some of the best volleyball players in the tri-state area and they can now say they have one of the best teams in the country!!!

Check out the MVP Club Facebook page for updates on schedules, results, tryouts and how you can be involved with this great organization. 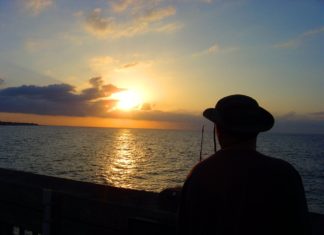 Barbara Carlson - September 26, 2017
0
He built a basement house, But never got it finished. Paying customers come first. “That’s fine.” my Grandma said. “It’s warm in winter, Cool in summer.” A pump was by...

SBL Extreme Back For Another State Title