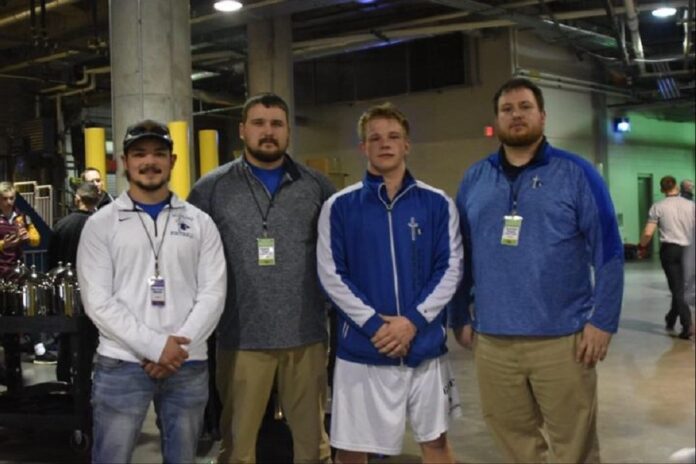 Cash Meier has his eye on the title. His story isn’t one of instant glory or being put into the spotlight. Rather it’s one of setting goals and knocking them over one at a time. As a freshman at West Point Guardian Angels Central Catholic, Cash Meier went 7-15. Not anything you would note or anyone you would watch out for going into the next year. When his sophomore year came around, he would get a new coach and a new wresting mindset. The first time head coach Ryan Miller, Cash’s cousin, was not someone he knew much about. A cousin he had met maybe three times in his life. Having a first-time head coach would not stop Cash from achieving his goal of going to state.

As a sophomore wrestling started to click for Cash. He started off the year strong, you wouldn’t recognize him from the previous year. At the midpoint of the season, Cash hit a road bump when he caught some type of illness that kept him out of action for 3 meets. His first meet back didn’t go as planned, he lost a couple of matches he shouldn’t have because he still wasn’t feeling one-hundred percent. Cash pushed through and got back to his old self just in time for districts. Cash would end up getting 4th at districts and qualified for the state tournament at 170lbs in class D. His first-round draw was a tough one though it was the kid that would end up becoming the state champion that year. Cash would end his sophomore season going 0-2 at state. When the tournament ended Cash turned to his coach and said “next year we are placing here”. That was a lofty goal for someone who just went 0-2 and whose team hasn’t had a state placer in over 10 years. Over the summer Cash attended camps and worked hard. He attended the Chadron State camp and qualified for the Who’s Number 1 match at the camp. He came up short in the match but proved to himself he could compete with the top guys in the state.

Going into his junior season he planned on wrestling at 170 pounds again. The weight cut proved to be too much and Cash stuck at the 182 lbs weight class. The season didn’t start off the way he was wishing for. In his first tournament, he was at a new weight and a stacked weight bracket who had two returning state placers and two returning state qualifiers. Cash ended up starting the year 3-2 not the way he imagined with two losses in the first tournament. Cash wasn’t worried he just knew he had to work that much harder. He knew he would see the kid he previously lost to, again before districts, and he did at the Oakland Craig invite. Going into the third-period Cash was up but came up short again he got caught in a scramble and was pinned. This was the turning point for Cash. After that meet Cash started staying late at practice, running harder and pushing himself knowing he would be a third or fourth seed at his district. At districts, Cashs’ weight bracket had four returning state qualifiers and a state placer it was no easy task. He ended up with the third seed that’s what he wanted. He wanted to get some redemption against the kid that had beat him twice this season. They met in the semi-finals at district and Cash came out on top, but fell in the finals to the guy that would end up second in the state that year. 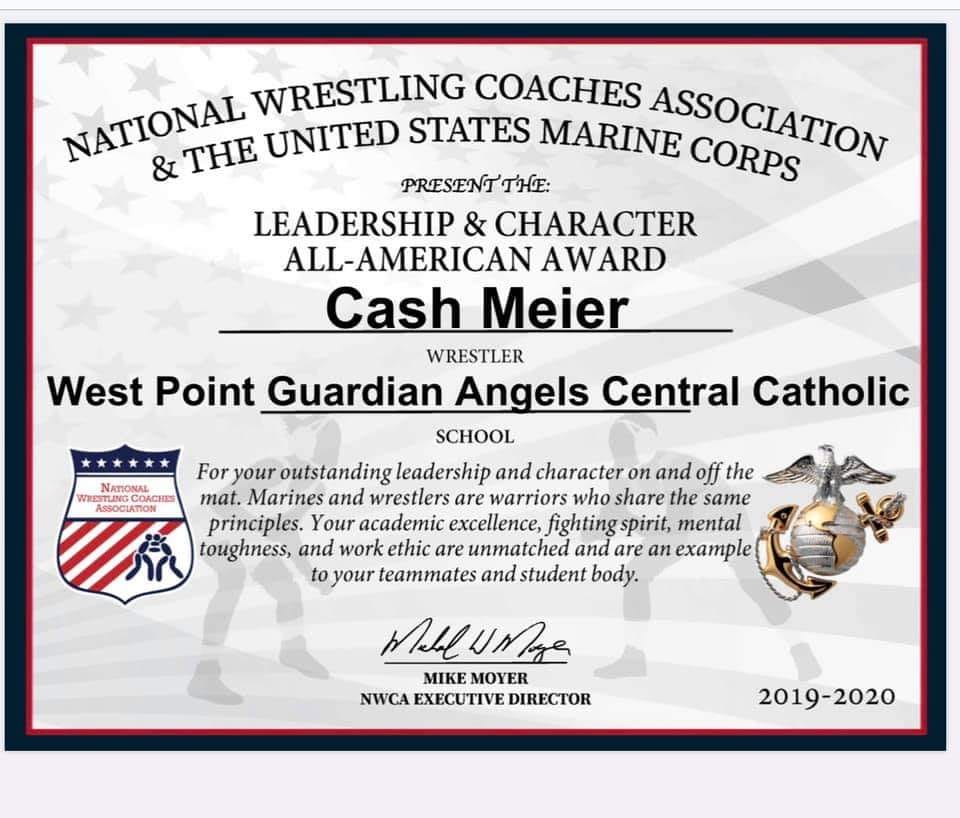 At state, his first match was a tough one and ended up going into overtime.  Where Cash came out on top, his opponent shot in and Cash hit him with a throw for a pin. The move was so good it went viral on track wrestling. (watch it here) His next match at state Cash wouldn’t be so lucky and he lost by points. He battled all the way back through the losing side of the bracket. Cash was in the heartbreak round against a tough Mullen kid that Huskermat had ranked fifth at 182 that year. The first round went scoreless the second period Cash started on the bottom and spent most of the period there until the end when he scored an escape. Going into the third Cash, cashed in on his goal by pinning his opponent. He wasn’t done yet though, he wasn’t just okay with placing he wanted to place as high as he could. He had a familiar opponent across from him, it was the Howells- Dodoge wrestler that Cash was 1-2 against.  This time Cash knew he had it, Cash ended up pinning him in the second period to get fifth at state!

Right after all the excitement settled before leaving the arena Cash turned to his Coach and said “next year we are going for the finals”. Going into Cash’s senior year he is preseason ranked third at 195lbs by Huskermat Cash’s goal is to be at 182lbs and win the state title for West Point Guardian Angels Central Catholic.

(Another pin by Cash) 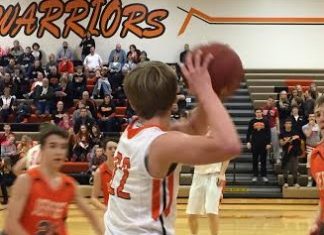 Lyndi Kiple - February 16, 2015
0
Friday the 13th proved not to be bad luck for the SB-L boys’ varsity basketball team against Council Bluffs Thomas Jefferson. Quite the opposite,...