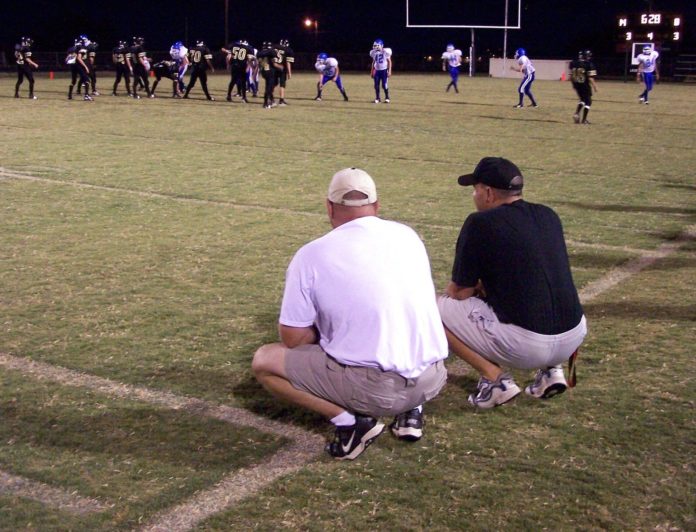 When I grew up a coach coached who he or she was given. It didn’t matter if the kids they had were talented or not. If they were great the team did well. If not, the coach spent more time coaching them and working with them, and making adjustments so the players and team excelled. A coach in my day made a team better, not the other way around.

When did we quit hiring coaches for college sports?

What I mean by that is why does a coach, who should be able coach the players currently there, need 4-7 years to recruit “his” players that fit into “his” system? And most often he fails either way after that time.

Doesn’t it make sense to work your system with what you have or who you have and make adjustments from there? Can coaches only coach certain players these days?

Is coaching something that anybody can now do as long as they are good communicators or recruiters?

If that is the case then make me a coach and pay me millions because I am sure I can win if you give me time to recruit the players I want or in other words the best players I can get.

I am sick of all these coaches making millions and using the excuse that they need more time, better facilities, more assistance, etc. in order to win.

Coaching should be a calling, not a pursuit for money.

It makes me sick that these institutions allow this to happen while charging students more money for a weaker education.

These institutions are supposed to be setting an example and most often the last example before kids go into the work force and experience real life.

Maybe this is a wake-up call as to what “real life” really is.

Maybe I should just shut up and continue watching this nightmare happen because at this rate it will never change.

West Omaha Proves To Be Too Much For Siouxland Wolves

HometownShare Submissions - April 17, 2016
0
The Siouxland United Wolves lost to West Omaha Saturday by score of 41 to 31. Thomas Dunlop led the Wolves in scoring with 2 trys,...