The Warriors were prepared for a fight last Tuesday (1/31) when the visiting Denison-Schleswig Monarchs started out with three three-pointers. Fight they did, as Chris Kroll drained a three to help SB-L work their way back into the game. The guys were intense and focused as they hustled to close the scoring gap from 11 points to just 1.

With the help of some key plays, the Warriors were able to pull ahead halfway through the second quarter. Ty Boekelman swiped a steal and took it for two. Kroll had another three. And leading-scorer Jackson Wright got the and-one on a fouled shot for a three-point play of his own.

Wright ended the night with a double-double, scoring 19 points and grabbing 12 rebounds. Kroll was next on the charts with 15 points. Boekelman had 6 points and was second-leading rebounder with 6 boards. Keegan Savary also contributed 6 points and 5 rebounds.

The SB-L boys kept up the hard work to stay on top going into the locker room. 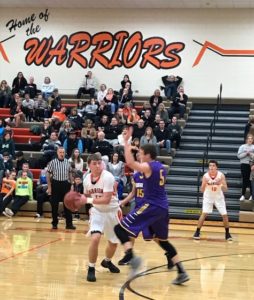 Both teams were neck-and-neck throughout the third quarter, tying it up after nearly every basket. However, Denison-Schleswig pulled ahead by just 2 points before the fourth quarter.

Head Coach Adam Vander Schaaf told his team, “This is the time to step up.” They did exactly that, immediately tying it up again. But the Monarchs continued to give it their all as well, hitting a pair of threes.

SB-L stayed close, as Kroll hit his third three-pointer of the night with 6 seconds left. It was as nail-biting as they come with the Warriors down by three and just seconds on the clock.

Although SB-L wasn’t able to walk away with the win, the game was certainly another display of good character, determination, and old-fashioned hard work. Final Score: 53-56 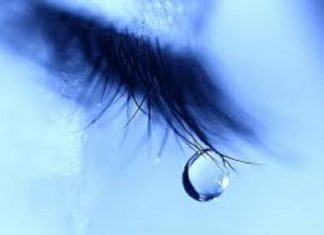 Phoenix Freedom Writer - January 23, 2018
0
Holding on, pushing through and fighting can be so exhausting. I lay looking up at the night sky telling myself not to let go of...