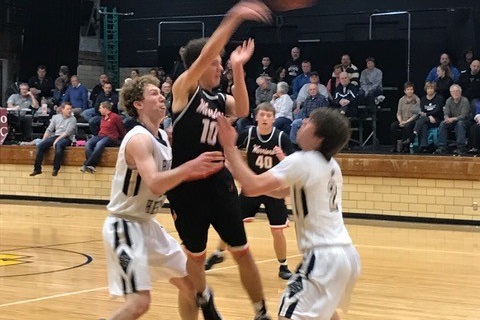 SB-L squared off against the Crusaders at Bishop Heelan on Saturday in an aggressive battle. The Warriors trailed early in the first quarter but hustled to close the gap and take a slight lead. Despite a three-pointer from sophomore Connor Groves, the Crusaders were able to pull ahead again before the quarter break.

Partway through the second quarter, Keegan Savary hit a three for the Warriors. Chris Kroll followed with one shortly after. The SB-L boys kept up their momentum to get within just three points of their opponent with three minutes left to play in the first half. However, the Warriors were not able to catch up as Bishop Heelan re-extended its lead before halftime.

The intensity was palpable as the both teams came out fired up for the second half. Jackson Wright got a three-point play for the SB-L, but the Crusaders followed it up with a few threes of their own.

The Warriors fought incredibly hard in the final eight minutes. Attempting to battle back from a 17-point deficit, Kroll hit three three-pointers and Savary sunk another as well. The SB-L boys played tough until the final buzzer, outscoring their opponent in the last quarter, but the Crusaders stayed on top, 70-85.

Seniors Kroll, Wright, and Savary each put up double-digits this game with 23, 21, and 12 points respectively. Wright led the team with 7 rebounds.

The Warriors will finish out their regular season with two home games. On Tuesday they’ll take on conference-opponent Council Bluffs-Abraham Lincoln. They also have a cross-state match-up with South Sioux City on Thursday. 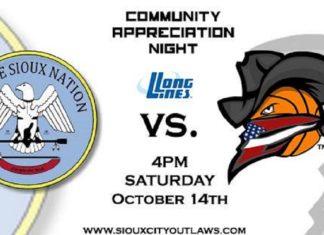