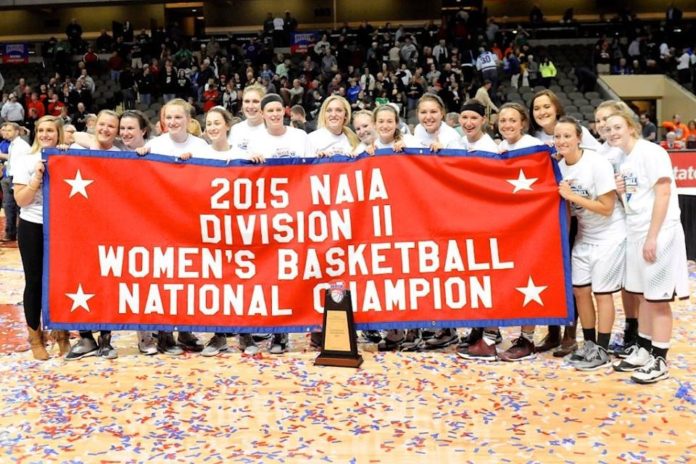 Morningside entered the tournament ranked #1 despite coming off a loss in the GPAC title game to #2 ranked Concordia who they had beaten twice earlier in the season.  The first round game went as planned for the Mustangs beating UC Merced 79-45.  UC Merced entered the tournament with a 14-11 record in just the programs third year of existence.  Taylor Bahensky was 7-9 and led both teams with 19 points while Jessica Tietz added 16 hitting all 7 of her shots.   Morningside shot just under 50 percent and led by 41 points late in the game cruising to an easy victory.

The second round game was not so easy and was not looking good for Morningside.  They had 26 turnovers and had to come back from a 17 point deficit in the first half after going nearly 10 minutes without a field goal.  They needed big contributions to pull of the comeback and that’s what they got.  Allison Bachman stepped up big time with a season high 17 points and Madison Braun also had a season high with 7 rebounds and 14 points.  Jordyn Wollenburg had a double double with 10 points and 11 rebounds to match a previous career high and help outrebound Oklahoma Wesleyan 52-38.  In the second half Morningside began to tighten up their defense and went on a 16-3 scoring drive to take control of the game and win 74-66 to avoid the upset and advance to the quarterfinals.

The quarterfinals was a great matchup with defending national champion St. Francis and the Mustangs knew they couldn’t come out flat footed like they did against Oklahoma.  Morningside got off to a great start scoring the first 4 points of the game and never looked back.  They lead by double figures for nearly 15 minutes of the first half and lead by 16 at halftime.  The second half was much like the first with the Mustangs creating turnovers, 23 total for the game, and forcing the defending champs into taking shots under pressure.   Jessica Tietz led both teams with 22 points and 11 rebounds for a career high.  Allison Bachman added 13 points, Madison Braun 12 points and Mandy Osborne 11 points to contribute to the 79-62 win to advance to the final four against Hastings College.

Hastings College proved to be another big challenge for Morningside.  They had beaten them twice earlier in the year by an average of 20 points per game but it’s always difficult to beat the same team three times in a row for example Concordia.  Anyways, despite the challenge the Mustangs knew they had to stay focus against a very good Hastings program that also has three national titles under their belt.  The game was back and forth with both teams exchanging small leads and then Morningside went on a 25-4 run with 6 minutes left in the game. Hastings didn’t quit and fought back going on their own run of 24-11 but it wasn’t enough to win.  The Mustangs had 16 points from Jessica Tietz, 14 points from Taylor Bahensky and 11 from Lexi Ackerman to win 66-63 and head to the national championship game to play Concordia again.

The national championship is something every athlete dreams of winning.  It is the single greatest accomplishment a student athlete can achieve in their athletic career and the Morningside women’s basketball program had the chance to win it for the first time since 2009.  It would be this group of players’ first national championship and winning the it would avenge their only loss on the season that ended a 39 game home win streak.  It would prove their number one ranking all season was accurate.  It would cap off the incredible career of 3 time 1st team All GPAC Ashlynn Muhl, who missed the tournament because of season ending surgery, and fellow seniors Ashley Schroder, Mandy Osborne and Molly Fischer careers.

The national championship game was as unpredictable as the others for Morningside with ups and downs throughout the entire game.  They were down by 12 early in the first half and only led a few different times during the game all during the second half.  The Mustangs averaged just over 76.5 points during the season but struggled to score this game and shot under 30 percent from the floor.  They had to rely on their defense to pull out the win forcing Concordia to 20 turnovers.  With under a minute left in the game the Mustangs tied it up at 57 and then forced a shot clock penalty on Concordia giving the Mustangs the ball.  Concordia would then foul Lexi Ackerman on her drive to the hoop with seconds left to give her two free throws.  She would sink them both to win Morningside the NAIA DII Women’s National Championship in front of a home crowd.  The 59-57 victory was the closest margin ever in a finals game.  Concordia would finish the season 35-3 where their only losses were to the Mustangs!!

Jessica Tietz would take home the tournament MVP honor as she recorded her second tournament double double with 17 points and a career high 12 rebounds.  Lexi Ackerman finished with 14 points.  Ashlynn Muhl who did not play in the tournament was named to the NAIA Division II Women’s Basketball All America First Team, Taylor Bahensky to the 3rd team and Lexi Ackerman was an honorable mention.  Coach Jamie Sale was honored as the Phyllis Holmes NAIA Division II Women’s Basketball Coach of the Year.  Congrats Coach Sale and the Mustangs on a great season!!! 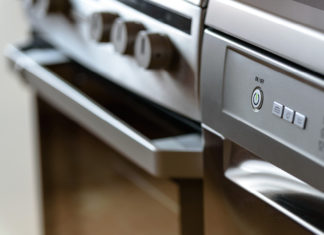 Musing Marie - February 26, 2018
0
I know my dad loves her. But there was that one time when mom was bending over with her head in the freezer, and dad walked by...