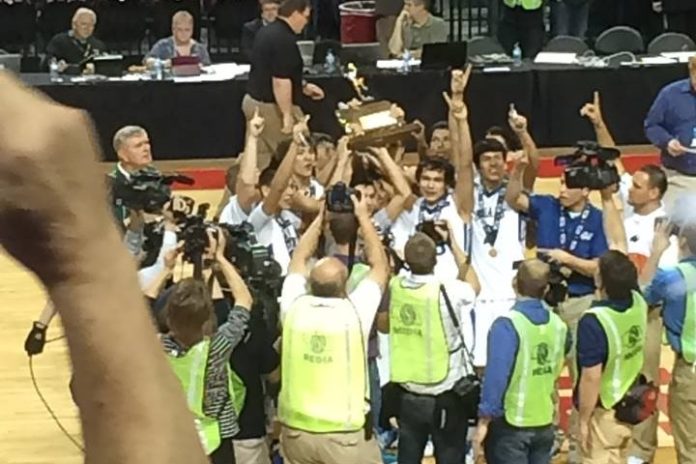 In 1940, the Winnebago Indians won the Class B state basketball title beating Minatare 23-22.  For decades following they hadn’t won a single state game.  Finally, on their 75th anniversary they won their opener to snap the drought and continued through the title game beating Columbus Scotus 66-51 for the Class C1 state title.  A lot has changed since, for example, moving from Class B to Class C1 but a lot has stayed the same.

The critics have said that it was an easy road for Winnebago because of the numbers they racked up against their opponents.  They averaged 72.5 points per game with an average win margin of 24.5.  They also said that those numbers only reflect their wins because of the teams they played.  No ranked C1 teams on their schedule all year.  But that doesn’t explain how or why they won.  How could they win if they weren’t the best?  They played the best and beat the best for a state title. 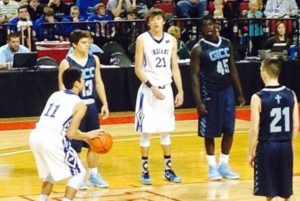 There are 49 other C1 schools throughout state that can draw more kids because of their size but Winnebago still went 27-1 on the year.  Their only loss was to a team that wasn’t in their class and it was early in the year.  They went into the state tournament ranked 5th in their class although they had the best record and were still seeded 2nd and forced to play the tougher schedule.  So obviously they hadn’t convinced the voters that they were the best.  So who did they convince?

They had plenty of distractions going into the state games and the state championship game.  For example, they had a coach who had about as much coaching experience as they did high school basketball experience.  Certainly he wouldn’t be able to coach them to a state title.  But he did.  They were constantly reminded of last years 18 point lead in the district finals game that they surrendered in the 4th quarter preventing them from going to state and somehow managed to shrug that off.  They also had the derogatory comments made about them and their community after the Wahoo game that they were able to ignore. 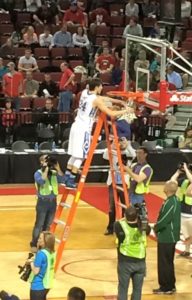 Winnebago had distraction after distraction that could have taken their eyes off the game but they didn’t allow it.  They disregarded the skeptics, forgot about the past and took the higher ground and played to their potential and won.  They channeled the negative in one ear and out the other and absorbed the positive the way even professionals have difficulty doing, let alone teenagers.  These kids stepped up and won despite these obstacles and proved the doubters wrong.  So, it wasn’t about convincing anyone but themselves.  They knew in the end if they composed themselves, win or lose, they would prevail.

Great season Winnebago.  You all showed incredible class and character and Siouxland is very proud of you. 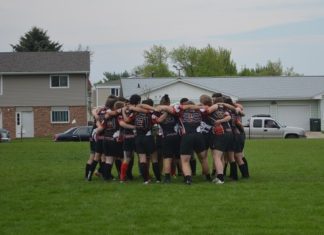 The Siouxland United Wolves Improve to 3-1