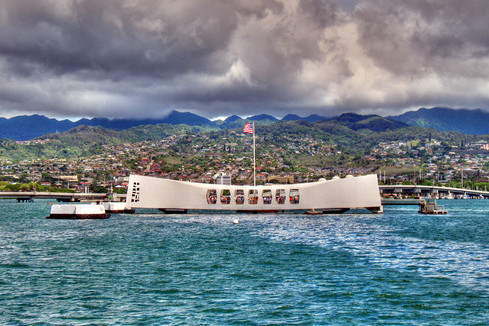 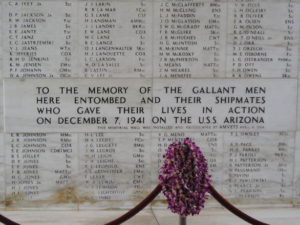 On the 75th anniversary of Pearl Harbor we should all be grateful for the loss and sacrifices the men and women made that Sunday morning and the many more that followed.  Two hours of devastation killed over 2,400 people including servicemen and civilians and injured over 1,100 more.

December 7th is a day that will always be remembered.  What happened at Pearl Harbor is the reason the United States joined World War II which would eventually end Hitler’s attempt to genocide Jews and be the start of the atomic bomb era that would have implications with all wars to follow.

Pearl Harbor was bombed by 350 Japanese airplanes causing destruction never before seen on a U.S. military base.  In total the surprise attack either sunk or damaged 21 ships, sinking 4 battleships and destroying 188 U.S. airplanes and damaging another 159.

The impact of Pearl Harbor and WWII on the United States affected every aspect of everyday life.  Over 418,000 U.S. lives, both military and civilian, were lost.  400,000 women soon joined the workforce when husbands left for combat and thousands more joined the fight with 88 becoming POW’s.

Shortly after the war Congress passed the Women’s Armed Services Integration Act allowing women permanent status and military benefits.  This would lead to many more rights throughout our country including the beginning of desegregation of African Americans in combat.

Besides the complete loss of life ranging from 50-70 million world-wide during all of WWII, Pearl Harbor is a day we should never forget and always remember the sacrifice made by those who lost their lives.  It was the events that day that forced the United States to enter World War 2. 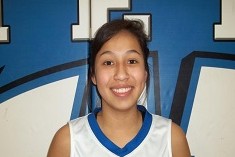 HometownShare Submissions - February 22, 2015
0
I interviewed Jae Payer, who is a senior at Winnebago Public School.  Jae is a great basketball player and loves to play for the...