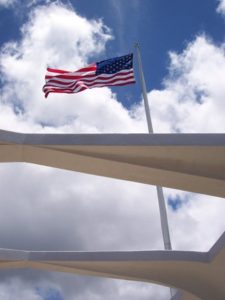 To a 7th grader with no military background running in the family tree, Pearl Harbor may only mean what we are taught in school.

We are taught that it was when the United States entered World War II and countless lives were lost during the war.  It was Japan that bombed us and we responded by dropping atomic bombs on them.

We have all seen photos of the aftermath and heard stories of survival and lives lost including people who were never identified and MIA’s or missing in action.  We know of the outcome of the war and often think of how our involvement prevented a completely different outcome for an entire race of people.

But for me to even slightly understand what happened only took about 15 minutes watching a video of man explaining the days after the attack.  He said he was a part of the Navy and one of the first responders.  He went in great detail talking about recovering bodies floating in the water.  How some were not identifiable and that a lot of burial sites may have body parts from different people in them.

He explained how some of the ships had people alive in them but they couldn’t rescue them and after several days their cry for help faded and were never seen again.  He had tears in his eyes still years later because there was nothing he could do but wait until their time passed.  He still questions God to this day why his life was protected but theirs were not.

He goes into greater detail about the cleanup efforts the fact that he still wakes up with nightmares.  The film I watched was recording years ago and the man has since passed away but I cannot imagine the pain and guilt that he lived with.  I cannot begin to understand the hardship these men and women went through on this day 75 years ago.  It’s a day that did not happen in my lifetime but will remember the rest of my life. 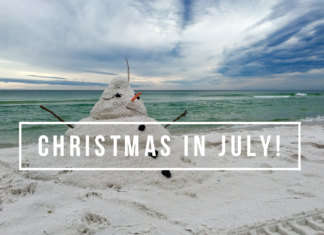 HometownShare Submissions - December 30, 2016
6
There’s a new tradition going on and it’s Christmas in July.  I know it’s not exactly unheard of but millennials are really taking it...