The Morningside College football program has built quite a reputation throughout the NAIA field.  They have repeatedly been nationally ranked the past few years and have produced many All Conference, All-Americans, Academic All Americans, National Football Player of the Year winners, and even produced NFL talent and I am sure the list can go on and on.

The standard set within the program, academically and athletically, would be difficult for most to compare to and they do it every year.

Anyone reading this can discuss the Mustangs accomplishments on and off the field.  They can discuss how the program coaches their players or instruct them in the classroom but I want you to discuss the athletes themselves and how they act outside of the Morningside College atmosphere.

I first want to say that I am a parent to an incredible boy.  I love my son with all my heart.  I do my best to raise him as a single parent with all the support I can both emotionally and financially.  There isn’t anything I wouldn’t do for him.  With that being said he looks up to the Mustangs and talks about someday being one of them.

It may be because of their dominance or his aspirations of being a football player but I think it is because of the respect the players provide off the field.

There have been numerous times throughout the last couple years where I have ran into the football players off campus at either a store or gas station and every time that happens I am treated with respect, dignity and a smile.  The conversations I have had with them and how they treated me remind me of how I want my child to act when they are at that age.  The amount of respect these athletes give to complete strangers amaze me every time and I can’t help but write about it.

So this is a shout out to the Morningside College football program, all the players, coaches, trainers and everyone else involved with raising these student athletes. 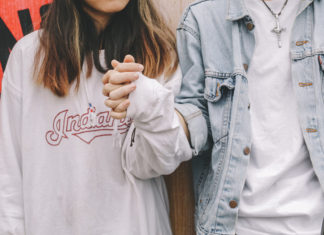 Musing Marie - January 17, 2018
0
I walked along a crowded road as far as eyes could see and kindly put out my hand as so many reached for me. But this walk of...