The North Iowa Knights won their second consecutive match this past weekend beating the Capital City Command of Des Moines 23-20.

The Knights took an early 3-0 lead but then trailed the rest of the game. They battled back from a 20-9 deficit scoring two touchdowns, one of which in the final minutes of the game, to come out with the win.

Tavian Pritchard of the Knights scored the go-ahead touchdown that propelled the Knights to a 2-0 start in the Independent Amateur Football League. It’s their first season in this league.

Last weekend the Knights opened up their season with a win against the Quad City River Hawks beating them 24-12 and controlling all four quarters. It is the Riverhawks inaugural season.

The Knights play again at home this Saturday in Pomeroy at 7pm against the East Iowa Storm. 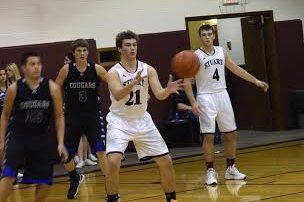