This past weekend was a big deal for Siouxland MMA and it all happened out at the WinnaVegas Casino Resort.  There were 10 bouts scheduled and every one of them impressed the spectators for this King of the Cage event.

There were multiple Siouxland fighters competing and battling it out for both bragging rights and titles.

The night started off in the lightweight division with 11-12 Danny Black of Sioux City beating Justin Likness by submission with an arm bar in the first round. 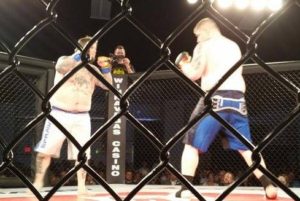 One fight we were all waiting for was the battle of the heavyweights with two Sioux Citians about to battle it out.  The fight didn’t last long as Nick Rogers quickly landed an kick that dropped Chris Galinsky and then pounced on him to earn the TKO in the first round.  Rogers earned a convincing victory one minute and 19 seconds but announce his retirement after the fight.

In one of the main events we saw Kyle Angerman of Sioux City put his Amateur Welterweight Title on the line against Martin Sellers.  Angerman, who does not need a nickname, defeated Sellers in the first 20 seconds of the 2nd round by TKO.  Angerman is now 6-0. 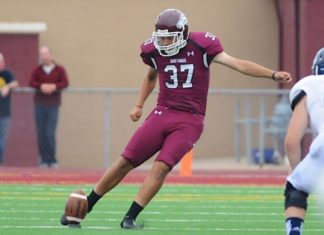 HometownShare Submissions - November 4, 2016
7
The Morningside College football program has built quite a reputation throughout the NAIA field.  They have repeatedly been nationally ranked the past few years...