Have you heard of pole sitting?  What about phone booth stuffing?  If not, then you are in for quite a treat.  These were all games that people did in the past similar to what we do nowadays.  Just a little different but still driven by the current fad.

Pole sitting is exactly what it sounds.  People before the Great Depression would challenge one another to sit on the top of a pole for as long as possible.  Some people would place seats on top and could last more than 24 hours.

This fad has been off and on throughout the 20th century and although it hasn’t quite made its way back there have been similar ones such as planking and batmanning, among others.

Planking is when you balance on something with both arms and feet together mimicking a wood plank.  It is sometimes a challenge to see who can plank the longest.  Batmanning is another one that has taken off in recent years.  It’s when you hang upside down like a bat from doors, fencing or anything else you can hang from.

These may seem odd and sometimes weird but when you look at the past, people were always doing things like this.  Another hilarious, yet ridiculous one was phone booth stuffing.

This is pretty much what it sounds like.  People attempted to stuff as many of…..well each other in a phone booth to see how many would fit and it wasn’t a bullying thing either.  It was all volunteer and apparently a cool thing to do.  It was a craze back in the 50’s and there is even a world record for it.  25 people were stuffed into one phone booth.  With the lack of phone booths nowadays I doubt this will make much of a comeback but if it does we’ll need to see photos especially if a world record is attempted.

There have been so many silly fads come and go.  Some for fun like the ones mentioned, some for a cause like the ice water bucket challenge to build awareness and others like Tebowing to support a team.  You even have some that have been created from movies such as Quidditching (Harry Potter), Vadering (Star Wars), and Hadouken (Street Fighter game/movie).

People will do some pretty silly things depending on what’s cool or the new fad.  They will come and go just like they did years ago, when you were also doing silly things. 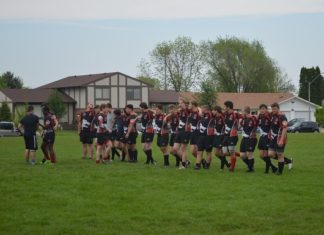 You’re Always There For Me