The Siouxland United Wolves High School Rugby team kicked off their spring season with a victory over Sioux Falls 34-27 at the Dible Soccer Complex in South Sioux City, Thursday evening.

Jordan Hincapie led the home team in scoring on the night with 2 tries and one conversion. Carter Tullis, Aiden Gutierez Travis Caskey and Jake Dennison each added a try for the Wolves and Caleb Jahn tacked on two conversion kicks.

Noah Reeves matched Hincapie’s 12 points via one try, two conversions and a penalty kick to lead the scoring effort for Sioux Falls.

Wolves coach Vern Helt was impressed at both teams preparedness and fitness for the season opener.
“Both (teams) competed at a high level from the first whistle to the last.”

The Wolves next travel to Omaha, Sunday at 1 p.m. to take on Westside. 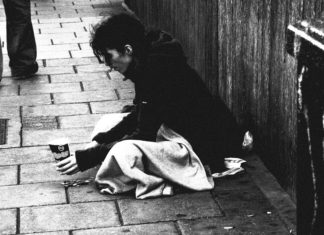 Heels In The Sand

HometownShare Submissions - August 10, 2017
0
I see it every day and things shouldn’t be this way I will make a stand I will put my heels in the sand You think change is...

When Will People Learn