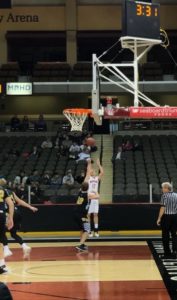 SB-L faced off against the Cherokee Braves as part of the CNOS Foundation Basketball Classic at the Tyson Events Center last Saturday (1/7).

The Warriors took possession off the opening tip, and Chris Kroll put it in for two. However Cherokee turned around and quickly scored a three-pointer. The rest of the first quarter was back-and-forth until top-scorer Keegan Savary put it in for two right at the buzzer. Savary drained a three for the Warriors in the second quarter to contribute to the team’s 17-point halftime lead.

Savary had 19 total points throughout the game. Kroll was next on the charts with 16. Both Savary and Kroll had two three-pointers and 6 rebounds as well.

Each team started the second half off strong, alternating buckets left and right. Kroll helped extend the Warrior lead with both of his three-pointers. Jackson Wright also had a three-point play with a made free-throw on a fouled shot.

Wright was the third Warrior in double-digits this game with 13 total points. He also tied with Collin Croston for leading rebounder at 7 boards each.

The SB-L guys worked hard to maintain a large lead until the final buzzer. They went home with their third win of the week, improving to 6-4 for the season.

The Warriors will take on MRAC opponents Sioux City West and Council Bluffs-Thomas Jefferson at home on Tuesday (1/10-West) and Friday (1/13-CBTJ) this week. 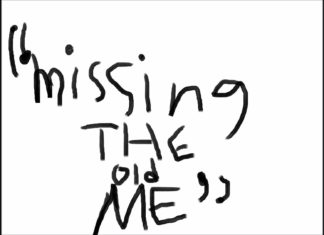