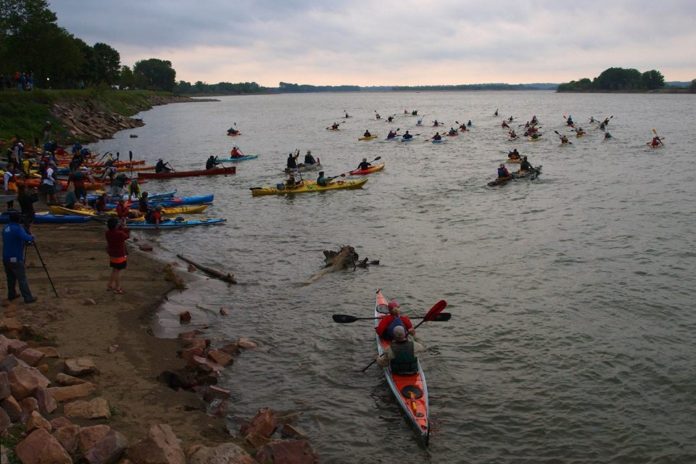 There’s another kayak race going on here in Siouxland beginning May 23rd.  It’s called the South Dakota Kayak Challenge and should test any kayak enthusiast but don’t let the name fool you.  The race allows any paddle powered craft to participate.  So bring your canoe, surf skis, stand up paddleboards or other water craft to the event but sign up today because entry into this event ends this Friday the 15th.   This race was founded in 2010 and continues to grow every year with this year’s race represented by racers from 12 different states already and entries are still coming in.

The race starts in Yankton, South Dakota and ends in South Sioux City, Nebraska.  The course is nearly 72 miles long with the most experienced and competitive racers finishing between 8 and 12 hours.  There are four check points throughout the race where competitors can stop for breaks and recoup themselves.  The race has you starting at Riverside Park in Yankton, SD and you will travel approximately 18 miles down the Missouri River to Myron Grove near Vermillion, SD.  From there you have 12 miles to your next check point at Mulberry Bend near Newcastle, NE.  After refreshing at Mulberry Bend you then travel another 12 miles down river near Burbank, SD.  From there you head just over 14 miles to your last check point near Elk Point, SD.  Once you’re done recouping yourself you hit the waters to your final destination at the public boat ramp in South Sioux City, Nebraska near the Marina Inn.

They also have multiple categories for racers which include both men’s and women’s solo and tandem as well as mixed tandem and open class for teams that have three or more paddlers.  It should be a blast for anyone whether you’re in it for competition and want to push your limits or for those adventurous individuals looking for some awesome scenery in your first kayak race.  Sign up today or head up to Yankton to cheer them on.

If you’re not interested in racing but still want to be involved they are always looking for volunteers to help with check ins, pre-race set up, check points, on water and on land safety spotters as well as finish line staff.  For more information visit their website at South Dakota Kayak Challenge.

Head out to the various check points or the finish lead and cheer on these Siouxland Athletes!! 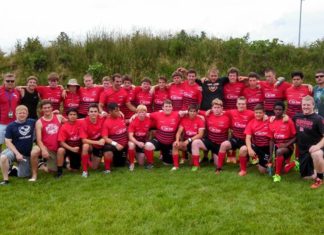