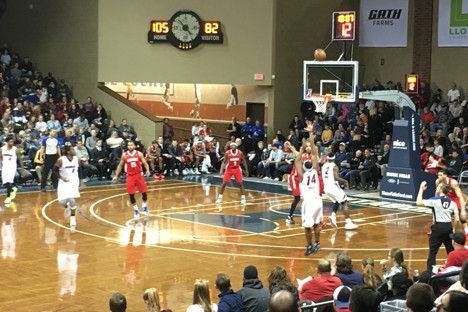 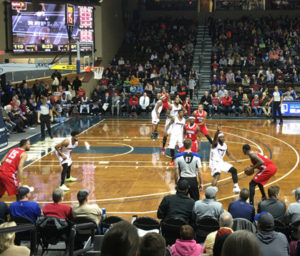 This was my first time at a Skyforce game and it was with my dad. It was fun, there was a lot of good plays.

At the end of the first quarter it was 24-27 Maine was winning. During the timeouts they did fun things like throwing footballs to the fans, they played a tic-tac toe game, and they did where you throw mini basketballs on the court and the closest to the middle got $312!

Larry Drew II #4 had an amazing crossover causing the defender to fall. Henry Walker #6 was awesome, getting the ball multiple times and going for 3 pointers, he went 5-11, scoring 17 points and making one free throw.

At the end of the second quarter the score was 68-58 Skyforce was winning.

The player of the game was Malik Beasley, he had a double-double game. That means he had 11 rebounds and 16 points. 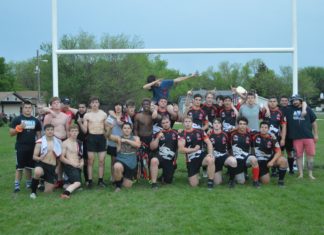