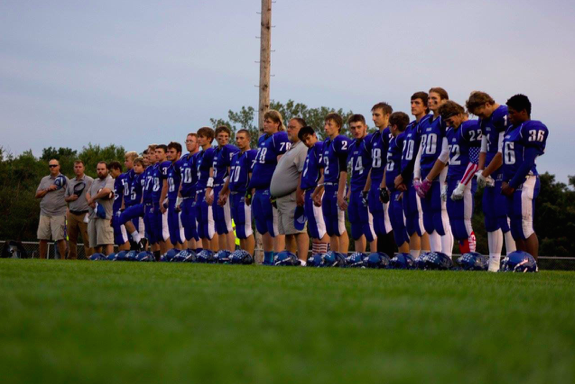 It has been a magical start to the 2016 football season for the Twin Cedars Sabers. In addition to winning their first 6 contests, the Sabers (6-0, 4-0) have outscored their opponents by a whopping 230 points and are ranked 7th by The Des Moines Register. Junior quarterback Nick Haselhuhn leads an offense that is averaging over 58 points a ballgame, good enough for 3rd best in the entire 8-Man class. This is the best start for the school in over 10 years and already the most wins in a season since All-State quarterback Brent Parker led the Sabers to a 10-2 season back in 2013.

Coming off back-to-back 5-5 seasons, head coach Aaron Allspach is determined to take his squad to the next level despite losing a large crop of seniors. Among those gone from last season are leading receiver David Williams, sack leader Peyton Stephens, and 10 other graduating athletes. Without these seniors, the returning athletes have elevated their level of play en route to six straight wins to start the 2016 campaign.

Week 1 was the closest margin of victory for the Sabers as they traveled to Wayland, Iowa to battle the WACO Warriors. Trace Embray started the season off right as he returned the opening kickoff for a touchdown. The rest of the first half went in favor of the blue and white, as the Sabers took a 46-23 lead into halftime. However, the Warriors would not go quietly as they made key halftime adjustments to pull within 2 points late in the fourth quarter. It looked like the Sabers were going to let one slip away until the defense came up with a crucial stop. Jake Knox then returned the ensuing Warrior punt for a touchdown and all but ended WACO’s comeback hopes as the Sabers escaped with a 66-56 victory. Offensively, junior Dakota Pinegar led the Sabers ground attack with 181 yards and three rushing touchdowns. On the defensive side, senior Jake Crozier caused havoc all night long for the Warrior offense as he led the Saber defense with 12 tackles.

Riding high off of their Week 1 win, the Sabers returned home to battle the Bears of English Valleys. In a one-sided affair, the Sabers dismantled the Bears by the score of 60-10. Taking a 54-0 lead into halftime, Twin Cedars cruised to their second win of the season. Special teams once again shined as Knox and Pinegar both returned kickoffs for touchdowns. Offensively, Pinegar and Embray each had 3 touchdowns to lead the scoring for the Sabers. On the defensive side, there were five Sabers that had over five tackles. Knox led the team with six and a half.

The Sabers traveled to Moravia for the district opener hoping for revenge after losing a 28-26 slugfest a season ago. Once again the Sabers offense scored early and often as they took a 40-2 lead into halftime. Mid way through the 3rd quarter, lightning rolled in and brought the game to a halt. Consequently, the game was called off and the Sabers were victorious by the score of 54-2. Not only did Nick Haselhuhn throw for a whopping 5 touchdowns, he also deflected several passes on defense and closed out the first half by intercepting Mohawk quarterback Hunter Arbogast near the end zone. The Saber defense shined as they did not allow Moravia’s offense to score and forced 3 Mohawk turnovers. Pinger led the defensive unit with 9.5 tackles and a fumble recovery. Embray put on an offensive clinic as he found the end zone six times throughout the night. The only Moravia points came via a safety in the first half.

Homecoming was a success as Twin Cedars emerged victorious over the Tri-County Trojans in front of the huge hometown crowd. It was an all-around success for the Sabers, as the first 64 points went in favor of the blue and white. By halftime the Sabers held a commanding lead of 48 points, and would eventually go on to win by the score of 64-8. The Saber defense was lights out, as they held the Trojans scoreless until the fourth quarter. Knox and Embray each had an interception, and Knox also led the team with 8.5 tackles. On the offensive side, Pinegar could not be contained as he ran wild for 141 yards and 5 touchdowns. Haselhuhn had another solid night as he reached triple digits through the air and threw for 2 scores.

Week 5 proved to be a tough test for the Sabers, as they traveled to Colo-Nesco to take on the Royals. Despite the unusual slow start, the Sabers prevailed and remained undefeated on the season. In the first half Garret Tiarks bulldozed his way to a couple of touchdown runs, as the Royals led the Sabers 14-8 late in the first half. After Haselhuhn connected with Embray for a long touchdown pass on their initial drive, the high octane Saber offense was held scoreless until late in the first half. The second quarter was mostly a battle for field position as both teams traded punts. The Sabers finally broke through on their final drive of the first half to take a 16-14 lead into halftime. Twin Cedars carried that momentum into the second half as they opened up a 22 point lead in the 4th quarter, and would go on to win by the score of 36-22. After being contained in the first half, Pinegar exploded in the second half and finished with 138 rushing yards and 3 scores. Embray chipped in 150 receiving yards, 2 scores, and also lead the team with 13.5 tackles on the defensive side.

Arch rival Melcher-Dallas traveled to Bussey to battle for the Marion County Traveling Trophy. Hoping to repeat last year’s success against the Saints, Twin Cedars played with intensity from the opening whistle. Embray returned the opening kickoff for a touchdown, his third of the season. After the Saber ‘D’ forced a 3-and-out, Embray’s returning skills were on display again as he took the ensuing punt 40 yards for 6 more points. Before Haselhuhn and the offense took the field, the lead stood at 14-0. Mid way through the second quarter, the Saints were driving downfield in hopes of getting on the scoreboard. With Paul Karpan in the shotgun, the snap popped off his facemask and into the air. Jake Crozier burst through the offensive line and snatched the ball out of the air, dragging multiple Saint defenders down the field en route to a 30 yard score. The hometown crowd erupted, and the Sabers used that momentum to cruise to a 72-24 victory. Turnovers were key, as the Saber defense picked off 4 Saint passes. Once again the offense lit up the scoreboard, as 72 points were more than enough to keep the Marion County Traveling Trophy home with the Sabers.

With just three regular season games remaining, Twin Cedars controls their own destiny. Winning the remainder of their games would give the Sabers a district title and a playoff berth. With the combined record of their next three opponents being 6-13, a district title seems well within reach for the Twin Cedars football squad. 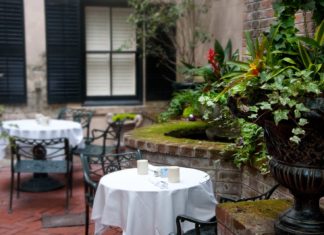 HometownShare Submissions - January 15, 2018
0
If you haven’t read my previous article 22 Years you should. It will help to understand this one more. So I have been pondering a...