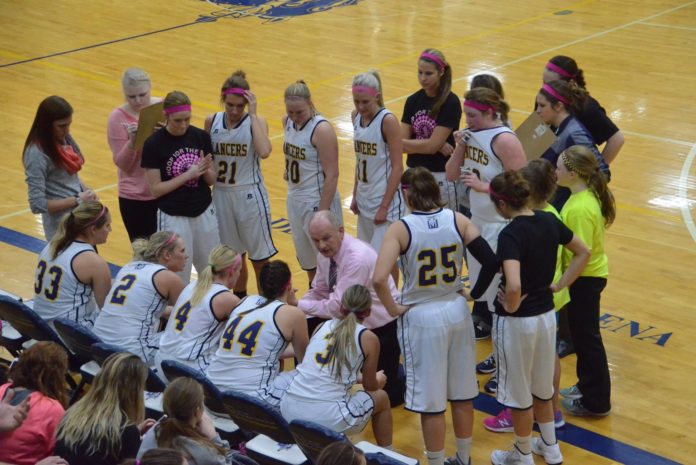 The Mount Marty women’s basketball team made history this past season making it to the NAIA Women’s National Tournament and going all the way to the semifinals.

This was all done by a team tabbed 9th in the GPAC preseason poll.

So how did a team from a small college town in South Dakota consisting of 16 players from the state, two from Iowa and one player from Nebraska run that far into the tournament?

The Lancers didn’t believe their preseason ranking was right and went out to prove the critics wrong.

After starting the season 6-5 with a 2-4 GPAC record it looked like the preseason polls were right but that didn’t mean anything to the Lancers team.

They quickly turned things around beating #1 Morningside, #3 Hastings College, #6 Concordia, #15 Dakota Wesleyan and #9 Briar Cliff and turned their 2-4 GPAC record to 15-7 and a 22-9 overall record and a national ranking.

The 12th ranked Lancers then lost an incredible overtime matchup against Dakota Wesleyan 82-78 in the GPAC semifinals and had to rely on an at large bid to the NAIA DII Women’s Basketball National Tournament.

Making the national tournament proved that the hard work was paying off but the job wasn’t done and their season wasn’t about to end.

They beat their first round opponent #21 Purdue University Calumet in front of a huge home crowd in Sioux City in a nail bitter 73-69.

The win was Coach Schlimgen’s first national tournament win and put them in the 2nd round to face #5 College of the Ozarks.

College of the Ozarks proved to be another tough team but the Lancers dug deep and came away with another close 74-67 win to move in the elite 8 and would face the #4 team in the country.

Olivet Nazarene University had beaten quite a few good teams including both College of Ozarks and Purdue University Calumet but by larger margins.

The ranking and scores did not faze the Lancers as they put on one of their most impressive wins of the season beating Olivet Nazarene by 22 points 98-76 to advance to the semifinals of the NAIA DII National Tournament.

The biggest game of the year didn’t go as planned for the Lancers as the Indiana team shot over 70 percent from the field in the first half to take a commanding 24-point lead heading into the second half and kept that lead to the end of the game.

Mount Marty put up a hard fight but it wasn’t enough as they lost to the eventual NAIA DII Women’s National Champion 84-55.

It was an incredible season for the Lancers and advancing to the semifinals of the NAIA DII Women’s Basketball National Tournament has established them as a force in the GPAC and national stage. 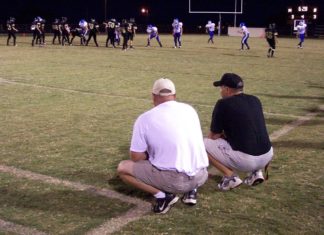 HometownShare Submissions - November 9, 2019
0
Why are coaches no longer coaching? When I grew up a coach coached who he or she was given. It didn’t matter if the kids...