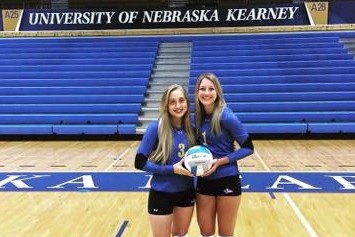 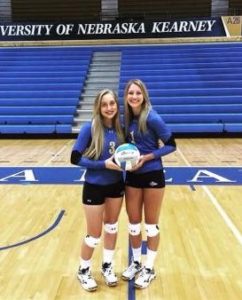 Who are the best volleyball players in the state?  Who is the best individual player?  It’s very difficult to determine because of so many different variables such as age, positions, the team you play on or what class you play in etc.  But one can argue and many have that Morgan Stute is if not the best from the state of Nebraska she is definitely one of the best and even considered one of the top liberos in the country.

Morgan Stute is coming off a very successful high school career where she competed in four state volleyball championships with her Kearney Catholic teammates winning her last three and being named both All State and All Nebraska.  In her four years of high school she lost only 12 matches going 130-12.  She was very highly recruited for college to some nationally recognized programs and even sought after by DI powerhouse University of Nebraska.  Her consistency and experience on the court proved to be enough for Coach Squiers program at University of Nebraska Kearney and being in her home town I think it helped with her decision.  She signed back in November to be a member of one of the top DII volleyball programs in the country and has already made quite an impact on the team as a freshman. 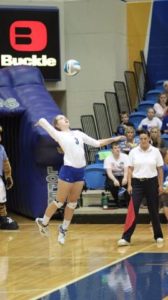 Morgan has played in all 15 matches so far this season for UNK totaling 51 sets and averages over 2 digs per set and over 7 per match.  Her career high digs (19) came in a straight set victory for the Lopers against Oklahoma Baptist last week and she followed that up with 10 digs against Fort Hayes State where they won 3-1.

This past summer Morgan brought home an AAU National Championship that she won with fellow teammates Lindsey Smith and Ali Rowse.  Her club volleyball team traveled all over the country competing against some of the top teams in the nation and she is demonstrating her experience and hard work on the court as a University of Nebraska Kearney Loper.  Way to go Morgan.  You make the community proud. 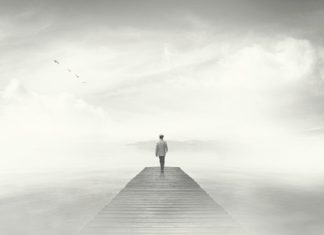 Musing Marie - October 22, 2018
0
Reaching, grasping, gripping nothing. Falling forward… missing… I didn’t miss not seeing you until I knew I couldn’t. You were taken. Erased. I desperately need to remember you. Never forget.  I can’t...