From Football to Baseball season, Brian Fiedler keeps his head high through it all.

He has accomplished a lot in his last year of high school football at South Sioux City Senior High.

Brian plans to do even greater things during his last baseball season at SSC.

His goal this year for baseball is to win districts and possibly break another record.

As Fiedler happily makes his way out of these high school doors, he hopes to keep showing people his Cardinal Pride and showing off his talents at college.

The coaches and people involved have had a huge role in who I have become,” Says Brian. 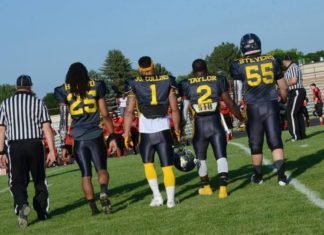 HometownShare Submissions - June 25, 2015
0
The Sioux City Stampede suffered their first loss of the season in the Semi Pro National Game of the Week to the MFA #2...