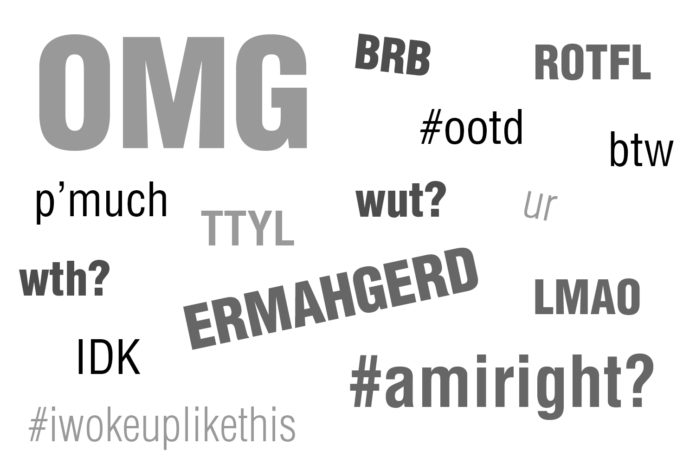 For every post I write, there are likely 3 that I type and don’t post. In fact, I’ve typed this specific post so many times I’ve lost count. It’s because the subject is so difficult to discuss without triggering people in their insecurities.

But this is important for several reasons, just hear me I beg. I wouldn’t expose myself to criticism if I didn’t believe it were.

So basically I’m what you might colloquially call a “grammar nazi” but I’m a quiet one. I try not to bring it up often, and usually just overlook it. But it BOTHERS ME! My reasoning is not so petty as one might think. My reasoning is that social media has risen to be the most powerful tool for social evolution, and where it used to be, “Oh I’m not an English professor, so piss off,” now it’s truly damaging to society for so many people to have broken vocabularies. So many posts are so broken, that I have to literally pick up the slack of their apathy by expending EXTRA EFFORT mentally trying to decode the (excuse my language) BUSTED-ASS ENGLISH.

Now hear me out… Young people who are trying to learn the intricacies of language, are reading MORE broken English social media posts than books. MORE incorrect usage than correct. And adults who’ve sort-of “settled” into their bad habits aren’t trying to correct the problem. This has a compounding effect. And it draws an ever -growing contention among illiterates and literary types. See, this isn’t a SNOOTY, or self-righteous thing.

It’s that language is our first defense against misunderstanding, when fellowship fails

(which happens quite easily given the sins of pride, greed, etc). And misunderstanding easily escalates to conflict, to injury, to revenge, and an endless feedback loop of violence and hatred. 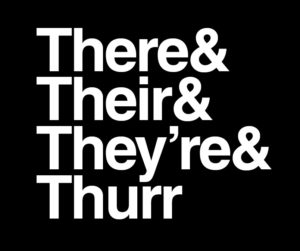 I get so… I don’t want to say irritated, but maybe saddened by the degradation of language through hastiness and apathy towards the profound privilege that we enjoy by having a means to WIDELY PUBLISH AND DISTRIBUTE our ideas. Not only is the freedom of speech huge, but our freedom of publication is greater than ever!

Ideas spread faster than ever, and it just pains me to see it being taken for GRANTED.
I want to reduce dissonance. I want to free the minds of the masses and combine our ideas for prosperity. But you hold the keys, and a lot of you are using them to open your beer instead…

Then again, ignorance is bliss, as the answers to the big questions really only lead to bigger questions. You tell me… Is communication a bridge or a stumbling block? Hard to tell these days….

Here’s the other thing. I want to ENCOURAGE YOU to continue to grow and learn ALWAYS. please don’t take this as discouraging or admonishing. Just a drawing of your attention to the importance and responsibility that follows your every word. Because YOU MATTER. Yes, YOU! Even when you don’t realize it, your example is being added to the collective. People are observing you and adding it to their worldview. Their sense of normalcy, their sense of civility.

Whether we like it or not, we all lead by example. You’re here, you’re alive, so don’t shirk this monumental opportunity to be a positive influence.

ONE last thing… Corporations and lawmakers are taking advantage of our literary ignorance to FURTHER promote ignorance and craftily strip us of our freedoms, and trick us into forfeiting our own volition over to their judgements. To keep us in debt-slavery for their own benefit. Just saying. Free yourself by feeding your mind. Then lead by example with PURPOSE! 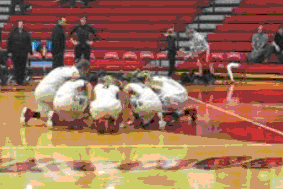 HometownShare Submissions - December 15, 2014
0
South Sioux City, NE – Molly Hornbeck, formerly Molly Frank when she played for the Cardinals back in 2001-2005, is undoubtedly excited for her...

ALL THAT YOU HAVE…..