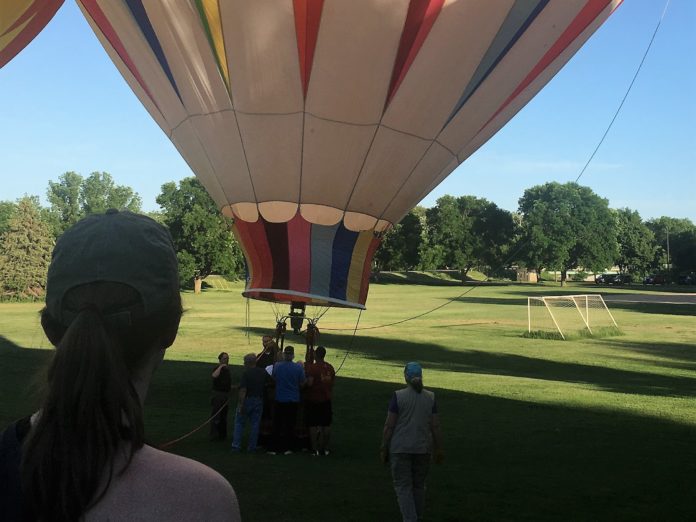 When they first start to set up a hot air balloon, they bring out a fairly small bag and the basket. Other than a few tools, that’s it.

“Where’s the huge balloon?” I ask.

“That huge balloon comes from that little bag?”

The couple who own the balloon have been married for decades and have been riding and giving rides on hot air balloons for about just as long. It’s not only them, though. They have a crew. Four or five more people all help to set everything up. The crew didn’t do much but set up and take down, but they enjoyed every minute of it. Everyone knew each other and they all had something in common. Yes, they all loved the feeling of floating on air, but it was more than that. They all loved helping each other out even though it took hard work. Something as simple as a hot air balloon brought people together and they loved it.

Another balloon was also taking off that afternoon. The couple next to us were taking each other on a ride for their 50th anniversary. It was always something they had wanted to do and now they were finally going to experience it together. I watched as they took pictures and observed as they balloons filled with air and were turned upright towards the sky. Finally, they were off and towards a brand new and life changing experience. They waved at my friends and I back down on the ground.

Our balloon was almost completely filled with air. The crew had been making jokes the entire time at the expense of the others around them. Everyone was laughing and enjoying each others company. At the time, I enjoyed myself and didn’t think much of it. My friends and I were about to go in a hot air balloon for the first time and we were focused on little else.

We took pictures of each other and they laughed at how I was a little nervous! But once I was in the balloon with the extremely kind and inviting owner, my fears disappeared. I had felt lighter than air and all my stress was off my mind. I was higher than the trees and floating above anything that worried me, and I got to experience that weightlessness with people that appreciated it as well.

Once my friends and I were done, a man and his son walked up from the park to take a closer look. They had never seen a hot air balloon up close. Without hesitation, the crew members invited the boy to go on a little lift before they put everything away. He was ecstatic! That will be a memory he will have with him always, something he may write about for his “Best Summer Memory” when he gets back to school. He thanked the crew repeatedly before running back towards his smiling father.

We all pitched in to get the huge balloon back to its little compartment. Everyone continued to smile through the work, even if they were tired. Again, I was blown away by how everyone treated each other. The hard work paid off and everything was finally put away and tied down in the bed of the truck.

Afterwards, the couple who owned the balloon invited us to get ice cream with them. Once I got home it really hit me that I wanted to be an environment like that exact one as much as possible. It was the little things that left the biggest impact: the laughter, the teamwork,  the playful teasing, the selfless offers of help to random strangers.

Maybe the most important experiences come from the words and actions that appear simple and small. 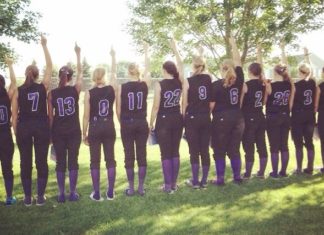 HometownShare Submissions - January 12, 2015
5
Sioux Falls fastpitch softball team, Drake Orthodontics, has been around for a few years now, but the past two seasons have been great for...