The SB-L boys could not blame their loss to Heelan last Tuesday night on being outhustled. Inexperience? Maybe. The opponent’s height? Sure. But amidst those challenges, they still gave it everything they had and left it all on the court.

To start off the night for SB-L, junior guard, Connor Prescott, grabbed a rebound and drove the ball down the court for 2 points. Prescott was the second leading scorer for the Warriors with 8 points plus 5 rebounds. Chris Kroll, a sophomore, was first, as he lead the team with 23 points, 6 rebounds, and 9 steals.

In the 2nd quarter, Jacob Shultz got the team rolling in the right direction when he hit a three right out of the gate. Shultz had 6 total points for the night with 3 rebounds. Later in the first half, the Warriors forced a Bishop Heelan timeout, and Kroll made another 3-pointer for SB-L before they headed into the locker room.

Kroll hit his second 3-pointer of the night to start the second half off with a bang, but the Crusaders responded with a three of their own. The Sgt. Bluff boys weren’t going down without a fight, though. Right at the 3rd quarter buzzer, Kroll intercepted a Bishop Heelan pass and took it to the hoop for two, much to the excitement of the crowd.

The Warriors finished out strong with a few more powerful plays, including another steal for points by Kroll and a 3-pointer from Keegan Savary who had 5 total points in the game plus 4 steals.

Still, SB-L came up short at the final buzzer. After scoring only 4 points in the first quarter, the Warriors came back strong and continued to improve throughout the game, inching closer and closer until they finally outscored the Crusaders in the 4th quarter. Though that did not give them the “W”, it showed their determination and perseverance, something even more important than winning. 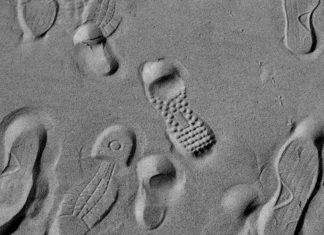 HometownShare Submissions - July 20, 2017
0
Wake up and start something new. Wake up today with a new plan. Don’t waste another day like you usually do. Don’t be another footprint in the...