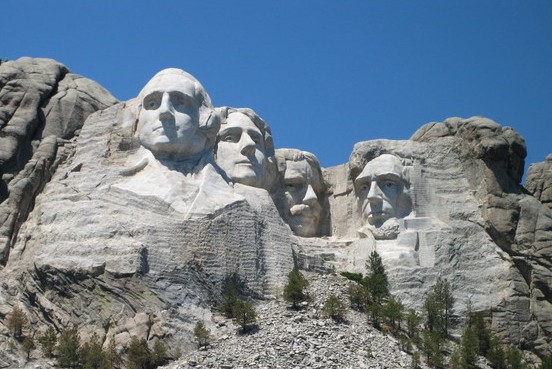 Alex Rogers, of New York, was visiting South Dakota on vacation with his family.  The sites of Mount Rushmore and the Black Hills seemed peaceful and relaxing.  The vacation was meant to take him away from the hustle of his home state and he was definitely not thinking he would get into a conversation regarding politics but he did and it was with me.

My name is Tyler and I am pretty much your typical high school student.  I attempt to play sports, I really don’t enjoy assigned homework but I manage, and I don’t know what to do with my life.  However, one thing that separates me from most students is that I enjoy following politics and when the opportunity comes up to talk about them I take advantage of it.

That’s where Alex and his family come into the picture.  I just happened to bump into them two weeks ago in the Black Hills.  I was escaping the gravel roads and they were escaping the skyscrapers.  A nice conversation started, which is quite often here in South Dakota, about what brought us out here and how long we were going to spend in the hills.  When I heard they came out from New York I had to ask, “So what do you think about the New York primary?”

It probably wasn’t something most high school students ask older people in front of their family or on vacation or to a complete stranger or….well you get where I’m going but I had to.  The moment was perfect.  They were from New York, the primary was heating up for their state, I am interested in politics and we were in the middle of the Black Hills.  There really wasn’t a better time or place was there?

Anyways, the look on his face didn’t change one bit.  He just simply answered with “Trump all the way.”  He continued to talk about Trump and how he thought he would be a good fit for turning back our economy and getting rid of the nonsense political junk going on.  He continued saying, “There is too much wasteful spending with our government and that we need someone who won’t be controlled by corporations.”

Although I do disagree with a lot of what Trump says, so does Alex, he was making sense.  There is a lot of wasteful spending and it probably is because of corporations controlling them and then helping them get reelected.  I know I am not fully involved with politics but I do generally have an interest in them so I try my best to follow them and speaking with Alex was eye opening.

It was neat hearing about his views and how they have changed over time and how he was raised a die-hard conservative and grown to be an open minded individual.  He said, “I love the bible and the right to own guns but I also love my children and my husband.”

That last statement may have caught you by surprise as you read it but imagine my reaction when he was looking right at me.  I don’t know if my reaction offended him because he never showed it or said anything but it did come as a shock to me.  I thought he was with his friend and it turns out he was, his best friend.

Our conversation continued that day for quite some time, even though he was with his family on vacation and he didn’t have a political agenda.  It was nice to hear another person’s perspective without their attempt to prove me wrong or convince me to support their candidate or stance on a topic.  It was amazing conversing with someone who was so open minded on so many topics and who had experienced those topics first hand from both sides of the argument.

Saying this experience was eye opening may have been an understatement.  I learned a life lesson without getting hurt, scolded or forced upon me.  I got speak to someone who made me realize that you need to come up with your own views based on your own beliefs and morals.  Don’t let someone else convince you that this is the way it ought to be without investigating everything for yourself and that we can’t place individuals with certain views in one category. 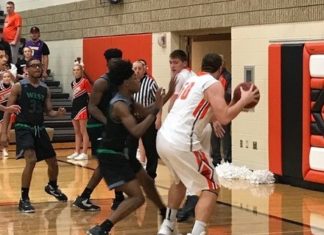 Lyndi Kiple - January 14, 2017
0
SB-L got a chance at redemption versus Sioux City West on Tuesday night (1/10). After losing in the final seconds of their season opener...