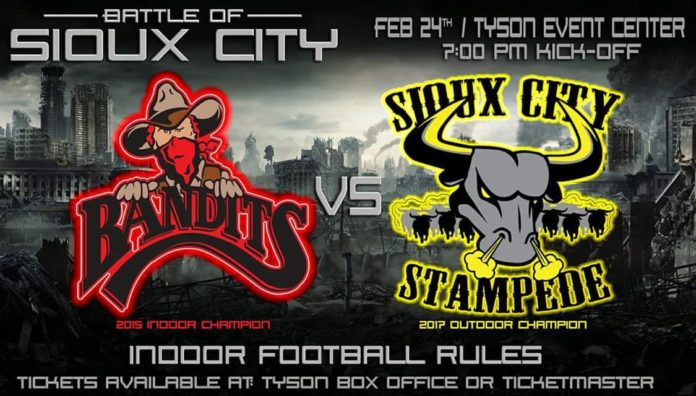 It’s finally here. The day we find out who is Siouxlands top professional football team. This Saturday, at 7pm, the Sioux City Bandits will host the Sioux City Stampede in its first ever meeting and it’s surely going to be a great matchup. (Keep in mind it is a pre-season game)

A little bit about both teams.

The Sioux City Stampede have been building a solid program since launching their organization in 2014. This past season they won the Midwest Football Alliance Championship easily beating the Des Moines Blaze 43-12 after taking runner up the last three seasons. The Stampede just recently joined a new football league called the Northern Elite Football League and should be a lot more competitive so the matchup against the talented Sioux City Bandits will be a introduction to tougher competition.

The Sioux City Bandits are a very well-developed team with a lot of experience both on the field and as an organization. They first launched in Siouxland as the Sioux City Attack in 2000 and change their name to the Bandits the following year. Since, they have won three indoor football championships and made the playoffs 12 times. The Bandits,however, are coming off a disappointing season where they had hopes of adding a fourth title but lost in the North Conference championship to Omaha 55-45.

There is one more important thing you should know about these two teams. Although they are both located in Siouxland they have never played each other before. That is because the Sioux City Stampede is a professional outdoor football team and the Sioux City Bandits is a professional indoor football team. Over the years some players have made the transition and played on both teams but generally they are completely different style of game.

There are so many more differences between the games which only makes this matchup even more intriguing.

The Stampede will definitely need to make major adjustments, but the Bandits will need to make some as well. It is definitely a must watch game and hopefully will be an annual one.

The Sioux City Bandits season starts next month with a home opener against the Quad Cities SteamWheelers on Match 18th. Get out there and cheer them on.

The Sioux City Stampede will start their season in May. Check back for updates.

Read more articles about your Sioux City Stampede and Bandits here and start sharing your own articles on HometownShare.

Be sure to like us on Facebook at HometownShare for more articles and Siouxland Athletes for your Siouxland sports info. 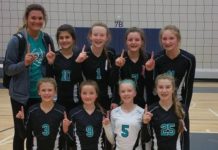 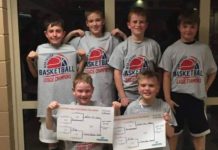 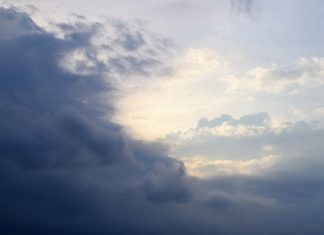 Barbara Carlson - February 21, 2018
0
I Wonder What provokes a wispy cloud to Cumulus proportion, To ravage peace and calm, To darken perfect day? What provokes a summer breeze To driving force untold, To...