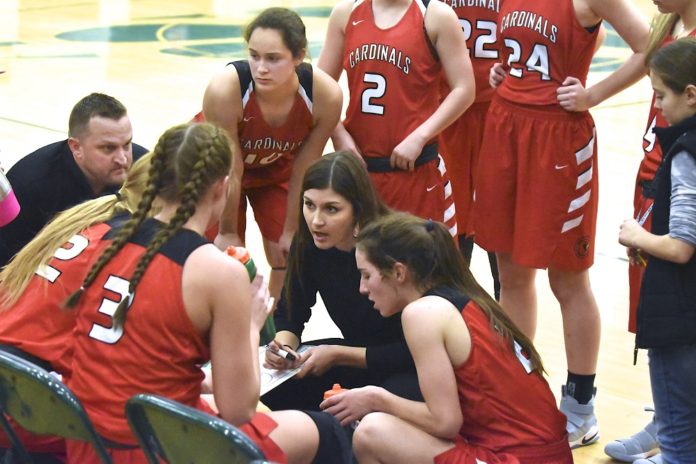 It’s a common question and always difficult to predict with high school teams. The question that always comes up is will last years’ champs repeat?
Last year the South Sioux City Lady Cardinals won their 12th state title after a 9 year drought. This year it’s looking very similar to last season except for two additional losses.

The Cardinals are currently 11-4 and two of their four losses came at the hands of Sioux Falls Lincoln and Waverly who both beat them last year. The other losses happened to teams that are very familiar with the Lady Cardinals, Norris and Norfolk.

Both Norris and Norfolk had a sour taste in their mouths from losing to the Cardinals last year. Norfolk lost by 12 points and erased that memory with a nine point win two weeks ago. Norris loss by four points in the state championship game 48-44 but this year they redeemed themselves with a 6 point win in the Waverly Holiday Tournament 52-46 where South Sioux City went 0-2 losing to Waverly that weekend as well.

Win or lose to these teams the question still remains, can South Sioux City repeat as state champions and can they do it having to go through the same opponents they did last year? We have already seen two of which prove they can’t but it’s early and with the experience and depth on the team the Cardinals can rebound and should.

The Cardinals are taking their 11-4 record into conference play and looking very strong handing Omaha Ralston a 41 point beat down the other night in the opening round of the River Cities Conference Tournament. They will play Omaha Skutt in the semifinals of the RCC Tournament tomorrow night at the mini-dome to see if they can carry that momentum. Good luck and Go CARDS.

If you are interested in sharing your own articles on HometownShare please let us know and don’t forget to like us on Facebook and read what others are writing. Read more  South Sioux City Cardinal articles here.

All photos are courtesy of Gene Knudsen Photography and you can view more photos at Knudsenphotos.com 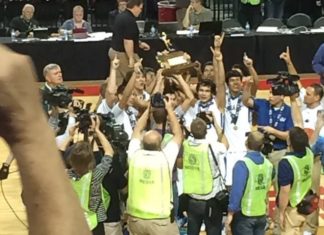