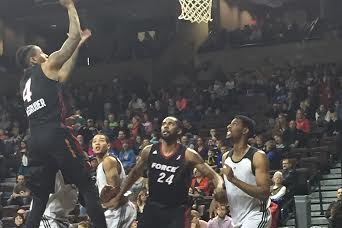 The Skyforce add to their two game winning streak coming out with a 97-77 victory over the Maine Red Claws on Friday night’s game in front of a crowd of 2,598 spectators.

It was the Skyforce’s first win at home this 2015-16 season and was led, once again, by their newest member, Jarnell Stokes with 24 points and 8 rebounds. Also putting up impressive numbers was Keith Benson with 14 points and 11 rebounds for the Skyforce Friday night.

Stokes and Benson weren’t the only ones making strides toward the Red Claws defeat. Greg Whittington had 11 points and 9 rebounds for the Force while Tre Kelley put up 14 points to help the Skyforce to their victory.

The Force came out with a questionable start, trailing the Red Claws by 8 points. But by adding full court pressure defense throughout the remainder of the game The Force caused the Red Claws to commit 25 turnovers as well as holding them to a 39% shooting percentage for the game.

This is the first of a two game home series against the Red Claws. The Skyforce are set to play again Saturday night at 7:00 in the Pentagon before hosting Delaware next weekend in Sioux Falls. 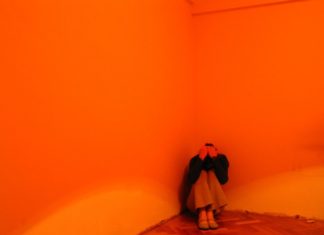 HometownShare Submissions - May 24, 2017
5
22 years ago I was born. My dad tells me all the time about how beautiful I was and the full head of hair...