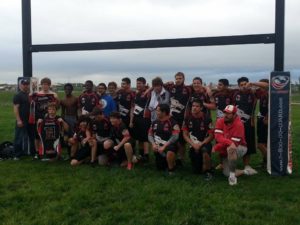 We first reported about the Siouxland United High School Rugby Football Club back in March as their season was about to get under way.  You can view that article here.  The Siouxland United Wolves team, made up of Siouxland athletes throughout the surrounding area, has had quite an impact on the high school rugby scene beating teams from all over the state including Omaha and Sioux Falls teams where the numbers are much greater but that hasn’t stopped them from winning.

A couple weeks ago they beat a strong Creighton Prep team 24-10 where Brock Reeves scored a hat trick with three tries.  They followed that performance up by beating a tough Sioux Falls team by one point 20-19.  It was a tough home game that they needed to win to make it to the next round of the Nebraska Rugby playoffs.  Chayse Hallowell led the scoring with two tries and both Brock Reeves and Thomas Dunlop contributed tries in the win. 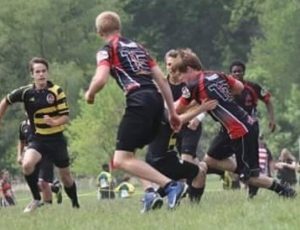 That win led them to play Papillion in Omaha this past weekend where they again won by one point 29-28.  Brock Reeves again was on the scoring sheet with two tries matched by teammate Thomas Dunlop.  Brenden Kudma also had a try.  This victory has them playing against West Omaha in the semifinal match this Saturday.  If they win this weekend they will play for the Nebraska High School Rugby Championship.

Good luck to these Siouxland Athletes this weekend!!

HometownShare Submissions - December 29, 2019
0
It’s been nearly four years since I worked out, 12 years depending on your definition of a “work out” but needless to say I...