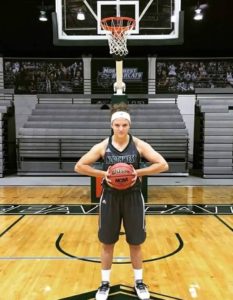 Tanya Meyer, a Sioux City West alum and now a sophomore star player for the DII Northwest Missouri State Bearcats got to play in front of some hometown fans that made the commute to Sioux Falls last weekend.  The Bearcats traveled up to there to compete against Augustana University and University of Sioux Falls for the beginning of their season.

The Bearcats weekend didn’t go as planned losing both games but Tanya did very well.  She was 2-4 from the field against Augustana University scoring four points but came on strong in the next game against the University of Sioux Falls.  She led the Bearcats in scoring with 22 points going 9-13 from the floor and was three points shy of leading both teams.  The Bearcats head home to compete against Quincy University on Wednesday the 18th for their home opener.

The West standout player is beginning to make a name for herself with the Bearcats.  She has already been named All Mid-America Intercollegiate Athletics Association for her contributions last season as a freshman.  This year she has already led her team in scoring in one of their regular season games as well as one of their exhibition games scoring 15 points in a win against Graceland.  She has also been all over Northwest Missouri State University women’s basketball brochures and posters making her a very recognizable player throughout the MIAA and she is just starting her sophomore year.  The future is very bright for Tanya and we plan on following her career. 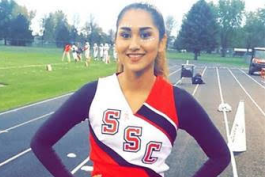 HometownShare Submissions - December 2, 2015
0
Diana Munoz is a sophomore at South Sioux City High that participates in tennis and cheer. She enjoys these activities because it gives her the...