Scott Manley, QB of the Sioux City Stampede, threw for 251 yards this past weekend and 3 TDs in the Stampede’s win over the Northwest Iowa Bulldogs. Manley currently sits in 2nd place overall for total yards but his 61% completion percentage leads all of the Midwest Football Alliance standings. Manley also ran for 31 yards which currently places him in the top 5 rushers in the MFA.

The Stampede this past weekend got out to a very quick start proving once again that they are the team to beat in their league. Jumping out to a 21-0 lead in the first quarter the Northwest Iowa Bulldogs had to respond and did so scoring all nine of their points going into halftime down 21-9.

The Stampede, knowing they let their guard up, came out after halftime and scored 22 straight points to win the game 43-9. 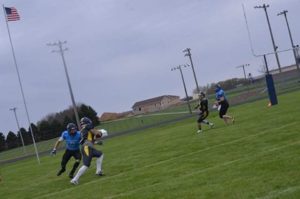 Larry Taylor of the Stampede led the way with 45 rushing yards and one touchdown while Bret Van Muyden had 115 yards receiving on 7 completions and 2 touchdowns for the Stampede. Dorian Ballentine contributed 64 yards on 5 completions for one touchdown. Doug Lehman went five for five on extra points.

The Stampede also had huge defensive contributions across the board. Leading the way with 11 total tackles was Casey Harker and Tyrae Kemp with 10. Jason Warren, Ryan Littlegeorge, and Dex Gordon contributed six tackles and Trenton Jones added seven.

The Sioux City Stampede won their opening game but will have another challenge at home next weekend, May 13th, when they face MFA newcomer Chillicothe Swarm. Kickoff is at 7pm Saturday at the South Sioux City High School. Come out and support your Stampede. 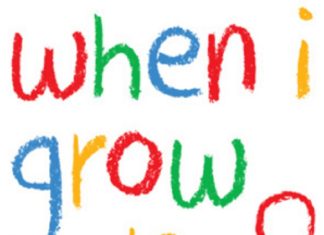 Mr. Menish OC - May 17, 2018
0
Adults often ask children what they aspire to be when they’re older. I remember when I was in Kindergarten (and this day is the only...