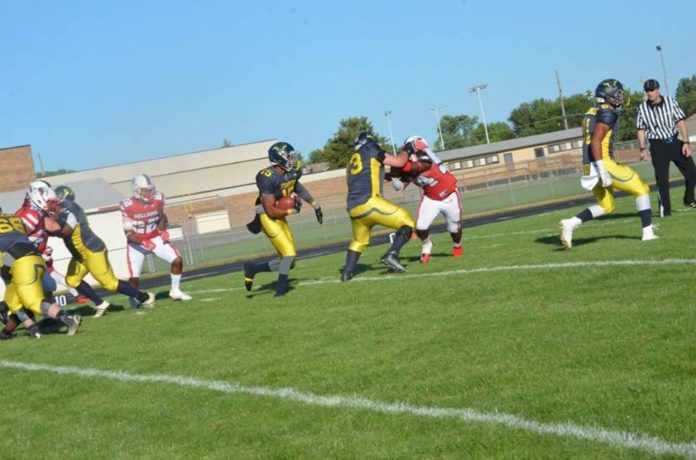 The Sioux City Stampede came away with another impressive win. This time it was against the top rate Kansas City Bulldogs. The win moved the Stampede into first place with a 4-0 record. 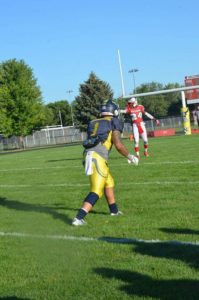 The game, however, did not start off in the Stampedes favor. The Bulldogs knew what they needed to do and executed it quickly.  With the Stampede coming out flatfooted the Bulldogs took command of the game and scored 16 unanswered points in the first quarter for a 16-0 lead.

The Stampede knowing they had to respond and do so quickly scored 12 points in the second quarter to slow down the Bulldogs pace and move within 4 points of tying the game heading into halftime at 16-12.

The Stampede again, slowly, notched away at that 16 point deficit and in the third quarter added another 3 points followed by outscoring the Bulldogs 6-0 in the 4th to take a 21-19 win. 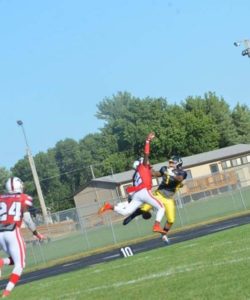 The Kansas City Bulldogs, who won the Midwest Football Alliance Championship against the Stampede last year, suffered their first loss of the season and had a 9 game win streak snapped. They will host the Omaha Stockmen in two weeks looking to rebound.

The Stampede will visit the 2-2 Des Moines Blaze this weekend looking to improve their record to 5-0.

Read more articles about the Stampede here and feel free to submit your own team write-ups. 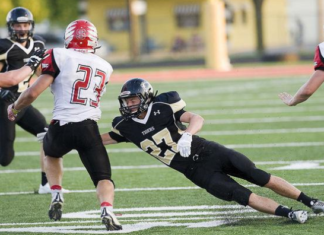 HometownShare Submissions - November 5, 2015
0
From Football to Baseball season, Brian Fiedler keeps his head high through it all. Breaking a record for the most rushing yards puts Fiedler as...

Water On My Face

Sabers off to Hot Start on the Gridiron