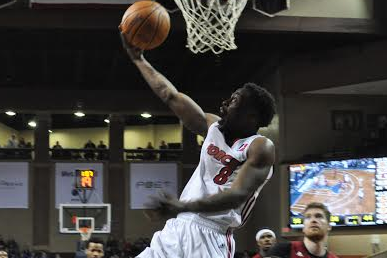 The Skyforce clenched their 9th straight at home win Friday night against the Fort Wayne Mad Ants (11-11). Increasing their overall record to 18-4 with a 9-1 record on their home turf in Sioux Falls. The Force have faced the Mad Ants three times now this season, at home and on the road (3-0).

The Skyforce offense was lead by player of the game, Jarnell Stokes with 28 points and 15 rebounds. Making this his seventh double-double of the season. Stokes sunk 13 of his 18 attempted free throws and holds the highest field goal percentage in the NBA D-League at 67.1 %. Along with Stokes, Rodney McGruder assisted in the 109-104 win over the Mad Ants with 14 points and 5 rebounds. Also putting up numbers offensively was Bubu Palo (14 pts 8 rebounds) and Jabril Trawick (17 pts). Though Stokes had an impressive night offensively, the Force were able to have six of their eight active players score in double digits showing that even with the absence of Greg Whittington (right writs injury) and DeAndre Liggins (foot injury) they have the bench to make up for it.

The Skyforce will be on the road this week at Grad Rapids and Canton before returning on January 29th and 30th to host Westchester at the Pentagon. 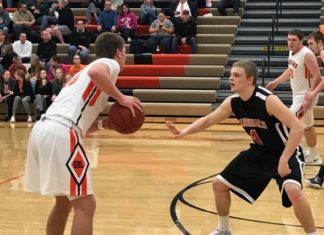