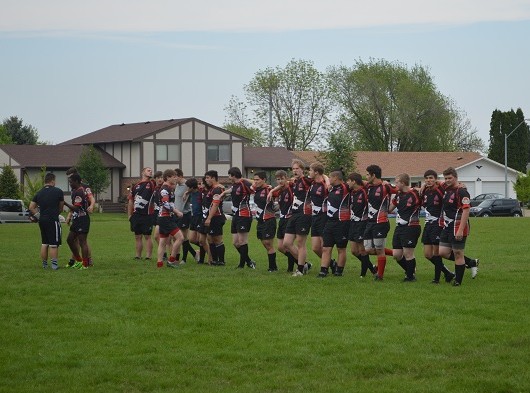 The Wolves started out strong taking four tries (one converted) to open the match.

Omaha United fought back to within two tries by the midway point of the second half, but the Wolves found their rhythm and put in some insurance tries at the end.

The Wolves will face a familiar foe in the championship in West Omaha who downed Gretna in the other semi-final Wednesday night in Omaha.

The match ended regulation in a 15-15 tie, went to a scoreless overtime period and the winner was determined by a penalty goals shoot out, taken by West Omaha.

This will be a rubber match between the Wolves and West Omaha.

West O. took the first regular season match in Omaha by a score of 41-32.

The Wolves returned the favor by beating them at home last week 17-10 and the rubber match will be the championship, this Sunday at 2:30 p.m. at the STORZ Rugby Complex in Omaha.

HometownShare Submissions - October 9, 2015
0
The Dakota Valley volleyball team had a very impressive 29-5 season last year where they placed at state.  They lost in the second round...