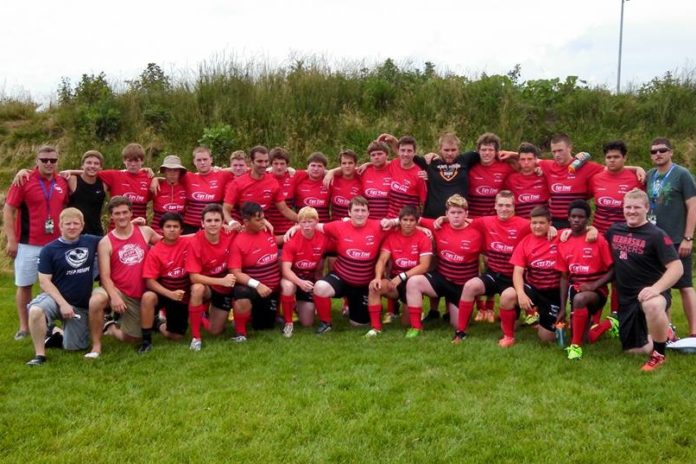 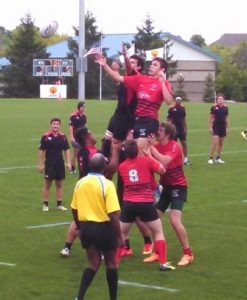 Two months ago several athletes (Ethan Brambila, Thomas Dunlop, Cole Eaton, Dylan Mannion, Aaron Hacker, Brock Reeves, Dustin Samaniego and Deionta Williams) all with the Siouxland United Rugby Wolves team traveled to Denver, Colorado and Rockford, Illinois to compete in Regional Cup Tournaments.  There are only seven of these tournaments held across the country and they provide the top high school player’s exposure to U.S National Rugby scouts and college scouts looking to recruit for their respective teams.  These athletes competed for Team Nebraska on the Rugby Nebraska All State Team.

The Rugby Nebraska All State Team first competed in the Rocky Mountain Rugby Challenge in Denver back in June.  They played some very experienced and talented teams from Texas, Idaho, Louisiana and Kansas.  Their first competition was against a very big and strong team from Texas and they lost 40-5. They quickly rebounded playing a team from Idaho and beat them 14-12 in a very close match.

The following day they played a team from Louisiana where the final score was 5-5 and they were forced into a tiebreaker.  The tiebreaker was a kick off where both teams have a best of three kicks from 22 meters away. Nebraska All State won 2-0 giving them the tiebreaker win.  Their final game of the West Regional Cup was against a very talented team from Kansas called Heart of America who rushed out to an early lead and didn’t look back.  The final score was 44-14. Nebraska finished the tournament with a 2-2 record and a 7th place finish.

The Midwest Challenge Cup held in Rockford, Illinois was the following weekend and again they faced a lot of talent including one of the best teams in the nation, the Celtic Elite of Ohio North who won the tournament.  They lost 39-5 but later that day followed up the loss with a 20-14 win over a talented Illinois Tornados South team advancing them to the semifinals. 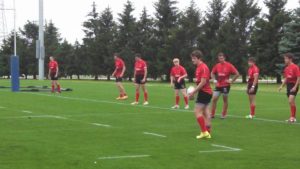 The semifinal was against the Illinois Tornados North team and it was neck and neck battle throughout the entire game.  The Nebraska All State team allowed Illinois to score 22 straight points and two scores at the end of the match losing 22-10.  The loss put them in the 3rd and 4th place match where they faced a Missouri team.  This was another very close game that could have gone either direction but the Nebraska team lost 3-5 and brought home 4th place.

Congrats to the Rugby Nebraska All State Team and the Siouxland Athletes that participated in these tournaments.  If you would like to hear more about Siouxland Rugby visit Siouxland United High School Rugby Football Club Facebook page. 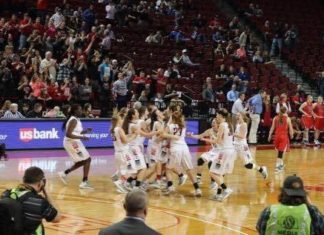 HometownShare Submissions - March 7, 2017
0
It should be no surprise that the South Sioux City Lady Cardinals basketball team went to state again this year. After all, the mini-dome...