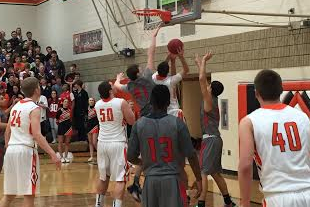 SB-L’s last home game of the season on Friday versus Sioux City North did not disappoint.

Minutes into the action on Senior Night Jacob Shultz drained a 3-pointer to start the Warriors off right. Fellow Senior Andrew Christensen quickly scored again for SB-L but North responded with a three. Shultz came back with another 3-pointer towards the end of the quarter to get within one of the Stars.

Into the second, Jackson Wright took a steal from Christensen for two points and Shultz scored again to make it 16 all. Several free throws and fast breaks later SB-L ended the half down by just three.

The Warriors quickly tied it up in the second half at 30, then 32 and 34. Wright broke the neck-and-neck play with a 2+1. Shultz then stole the ball to assist Chris Kroll for 2. Kroll quickly stole the ball back from North, was fouled, and made the extra shots to wrap up a 9-0 SB-L scoring run.

Wright led the team in both scoring and rebounding for the night with 17 points and 9 boards, a personal high. Shultz and Kroll were close behind with 15 points each. Christensen had 8 points and 8 rebounds.

The fourth quarter was more of the same good hustle with sloppy mistakes from both teams. The Warriors earned a 3-point lead in the final minutes and were able to defend it until the buzzer. 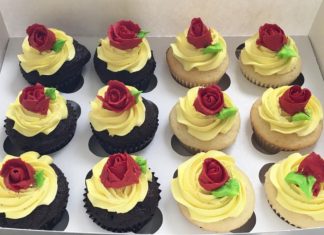 Karington Sims - March 2, 2017
12
If you’re interested in fresh baked delights, run on down to Dragonfly Desserts, located in Alma, Nebraska. They have a variety of things to...

The Lady Cardinals vs. The Lady Titans