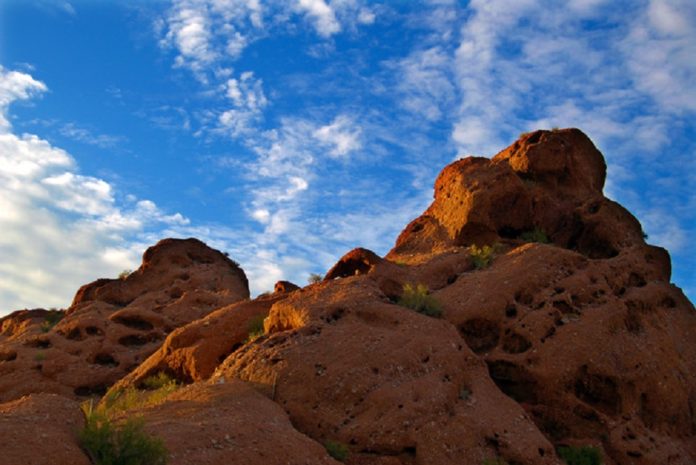 Last year my family traveled down to visit my grandparents in Sun City, Arizona. It’s just outside of Phoenix and yes the sun was out the entire time. Not only was it out but it was in the 90’s every day and only dropped a few degrees at night. We were there to visit them but we also turned it into a sweet vacation by visiting Phoenix and experiencing what it had to offer.

Phoenix is an amazing city and huge. There was so much to do there that we didn’t even get to see everything we wanted to.

First off, if you live in the Midwest and visiting during the winter months you won’t need to pack your winter gear. In fact, I chuckled writing that. I repeat you will not need your jacket, pants or sweater. You will be just fine in the 80-90 degree weather. In the event that you happen to visit when it is cold outside you will be fine. Their cold is equivalent to our heat waves. Sure you can pay extra for that checked bag filled with warm clothes AKA waste of money but you shouldn’t.

One other important fact that you will need to know is that there is a lot of walking because it’s so nice outside so bring a good pair of sneakers. The first day we went into town we parked our car and didn’t use it for 9 hours. The city transit was amazing and a little creepy. Amazing because it was easy to use and creepy because of some of the people. I recommend not using city transit once it gets dark. I heard the homeless often sleep on it after hours.

Anyways, you can spend an entire day touring downtown itself. Everything from the different stadiums and restaurants to the incredible museums. I strongly suggest seeing The Children’s Museum of Phoenix and the Arizona Science Center. While we were there they had a huge art walk going on with vendors and festivities and all kinds of activities going on. They also had a huge farmers market with fresh produce. While we were there people were telling us what to do next and what to see etc. so we ventured towards Scottsdale.

Scottsdale was also amazing to visit. Old Towne Scottsdale also known as Downtown Scottsdale seemed like an old mining town but definitely wasn’t. It was a bit cowboyish but the surrounding buildings dwarfed the old buildings and market places. There were hundreds of art shops and restaurants that lined the roads and the San Francisco Giants spring training facility is a couple blocks away causing a huge amount of entertainment and foot traffic. One other really neat thing was that you could get a bike ride from people similar to a taxi. 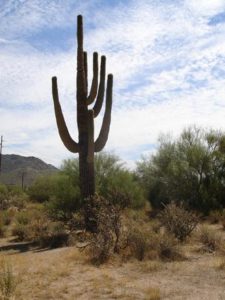 Our last destination took us hiking in the North Preserve. It’s a mountainous area in the city that has over 20 miles of hiking/biking trails. A lot of the trails you can even take horseback riding. When we were there we were told not to worry about snakes because it was midday and way too hot for them but we did keep an eye out just in case. We even saw a couple big lizards and hundreds of saguaro cacti but most of them were damaged pretty badly. Apparently a lot of people throw rocks at them because the rocks stick into them but doing so kills them. Anyways, at several peaks you could see the entire valley and how far the city stretches.

Our two day trip, within a trip ended, way to soon but we did get to experience some pretty amazing things. This was my spring break destination.

HometownShare Submissions - June 29, 2016
3
More than 27,000 athletes from across the country converged in Central Florida to pass, set and spike during the 43rd annual AAU Girls’ Junior...