The Mustangs will take their 13-0 record to Fort Wayne, Indiana next Saturday to play the NAIA defending National Champions, Saint Francis in the semifinals of this year’s championship series.

Chase Reis had 3 quarterback sacks to tie a Morningside single-game record during the Semifinal win against Saint Xavier and was named the Defensive Player of the game.

Bubba Jenkins had 183 yards rushing for his 12th consecutive game of 100 yards or more and raised his season’s rushing total to 2087 yards to rank second behind Brandon Wegher’s school-record 2610 yards in 2014 and was named the Offensive Player of the Game. 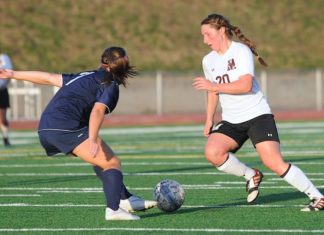 Is the Internet Making you Less Creative?

Northwest Iowa Bulldogs getting ready for their season