Morningside women’s basketball will have their hands full when they play Concordia for the national championship tonight at 7pm.  Concordia has defeated 13 top 25 teams in the country including Morningside in the conference title game just a couple weeks ago.  Morningside beat them twice earlier in the year and has since rebounded from the loss with four straight wins to make it to the finals.  They have averaged 74.5 points per game since their first and only loss and have an average win margin of 16 points against those opponents.  They did however, experience some hiccups in last night’s win against Hastings but good teams struggle at times and great teams figure out how to win even when struggling.  The final score was 66-63.  Good luck Mustangs!!

We look forward to seeing another championship banner hanging in the gym!!! 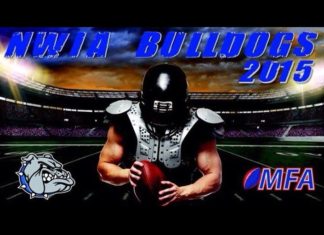 HometownShare Submissions - April 30, 2015
1
Have you heard of the Northwest Iowa Bulldogs?  If not, you will pretty soon.  They are the newest addition to the growing outdoor semi...

If I Owned A Business

Heelan can’t keep up with SB-L