It may have been the Benedictine Ravens first championship appearance, but they sure knew how to show up to the game and did so quickly and often against the Mustangs of Morningside College.

What appeared to be another high scoring game by the Mustangs started off shaky and started off with a rare 7-0 deficit.

Morningside would respond shortly after to tie the game and then quickly took control with an interception to get a 14-7 lead.

That lead however, would be short lived as the Ravens battled their way back to tie it up with a touchdown of their own.

The first half scoring would slow down and become a defensive game.

Morningside Senior Quarterback and NAIA Player of the Year Trent Solsma had an unusual second quarter throwing two interceptions, but the Mustangs defense showed why they are the number two ranked defense in the country limiting the Ravens turnovers to two fields for 6 points and headed into halftime with a manageable 20-14 deficit.

This was the Mustangs first halftime deficit this year.

Morningside head coach, Steve Ryan, must have had quite a talk at halftime because the Mustangs came out quickly on their opening drive.

The first play was a false start but that didn’t rattle the Player of the Year because two plays later he connected with Connor Niles again for a massive touchdown this time an 80 yarder to take the lead 21-20.

The Mustang defense stopped the Ravens next possession and the Mustangs offense stepped up again and scored another to take a 28-20 lead.

Much like the first half the Ravens would respond and did so in the fourth to tie it up 28-28.

With just over a minute left in the game Solsma, the nations passing leader, hooked up with Niles, the nations reception leader, again for the winning touchdown to give Morningside College their first ever National Championship and a perfect 15-0 season. 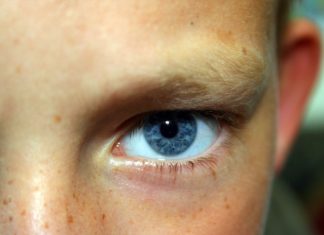 HometownShare Submissions - February 26, 2018
0
Now she looks at me I wonder if she knows Will things work out if she runs when she goes She doesn't laugh as if she is in distraught How...