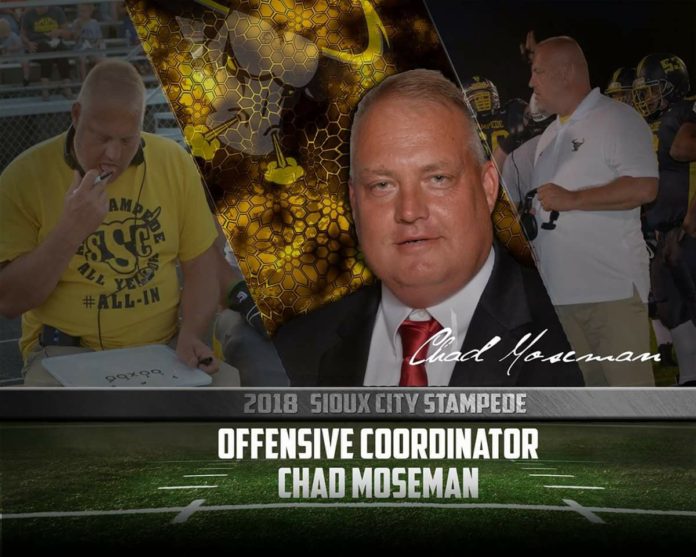 Chad has been with the Sioux City Stampede of the Northern Elite Football League serving as the team’s special teams coordinator and running backs coach over the past three seasons.
“Mose” recently joined the Morningside College coaching staff for the 2017 season and served as an offensive line coach. 2017 Mustangs Finished in the NAIA Championship Semi Finals with a 13-1 Record.

Moseman has over 20 years of experience as a head coach in Iowa’s high school ranks. He was most recently the Head coach at Lawton-Bronson High School from 2003 to 2013, where Coach Jason Garnand served with Moseman as they guided the Eagles to two district championships and four state playoff appearances. Moseman, a two-time district coach of the year, coached Lawton-Bronson to Iowa’s 2007 Class A state championship game, where the Eagles lost 22-14 against Fairbanks Wapsie Valley.

He was also the head football coach at Sioux City North High School from 1999 to 2003, at River Valley High School from 1997 to 1999 and at Exira High School from 1994-1997, where he guided the team to its first-ever state playoff appearance.
Moseman graduated from Morningside in 1994 with a major in American history and world history teaching. He was a linebacker and defensive lineman during his playing career at Morningside.

Moseman graduated from Sioux City Bishop Heelan Catholic High School in 1990. As a senior he helped lead the Crusaders to an 11-2 record and a berth in Iowa’s Class 4A state championship game. 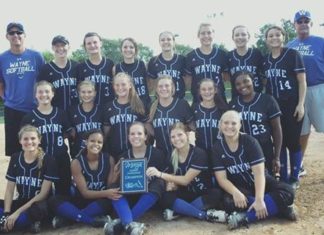 Get on the River during Yankton’s Riverboat Days with the Kayak...