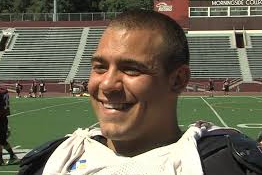 Brandon Wegher, running back for Morningside College, was selected to play in the Medal of Honor Bowl January 10th in Charleston, South Carolina.  This is a showcase bowl game where the top collegiate football players play each other to prove their ability before the NFL draft.  Most of the athletes are from the FBS but a few other collegiate prospects get invited and Brandon was one of them.  He set numerous NAIA records this season while at Morningside including a NAIA record of 2,610 yards averaging 8 yards per carry.  He also averaged just over 200 yards per game.  He set the all time points scored at 260 points in one season as well as 43 touchdowns.  He also led the NAIA in total yards per game with 233.8 all purpose yards per game.  He set numerous other records at Morningside including the all time rushing record with 3,815 yards and the total touchdown record with 52 touchdowns as well as the rushing touchdown record at 48 for his two year career at Morningside. Brandon grew up here in Siouxland and attended Sioux City Heelan.  Good luck Brandon and we will be watching you on live TV January 10th at the Medal of Honor Bowl!!! 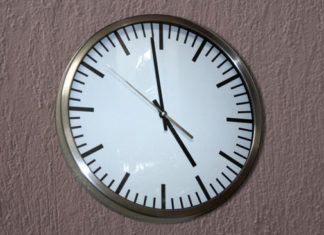 HometownShare Submissions - January 14, 2017
2
There’s a loud beeping noise followed by blurry haze this is what I get to look forward to in all my upcoming days The brushing taste sweet the attires...

Northwest Iowa Bulldogs getting ready for their season