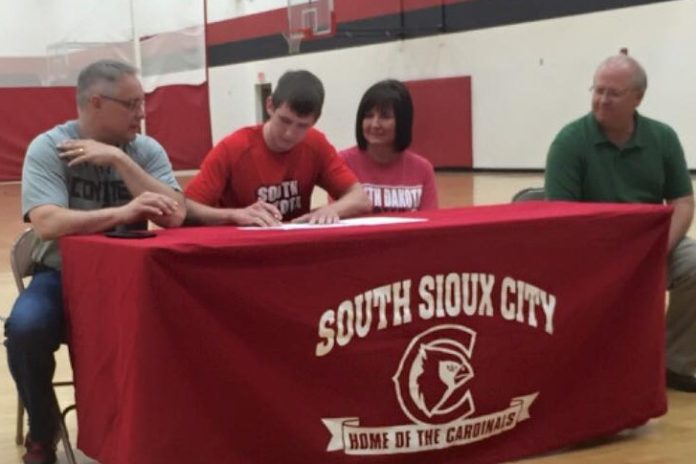 Alex Borchers of South Sioux City recently committed to run track at the University of South Dakota where he plans on studying Mathematics and being a mid-distance hurdler participating in the 400 meter hurdles and 800 meters.  Alex currently has the fastest 300 hurdle time in the state of Nebraska clocking in at 38.86 and his 110 hurdle time of 15.05 ranks him in the top five in the state.  You may know him from his basketball playing ability when he led the South Sioux City Cardinals to a 2012 state championship his sophomore year but he plans on focusing on track.  He did say that if time allows he’ll also play some intramural basketball as long as it doesn’t interfere with track. 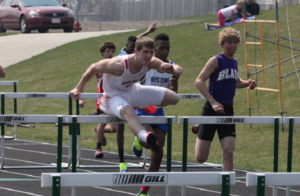 He is the defending 400 meter hurdle champion at the Sioux City Relays where he also won the 110 hurdles, medley relay and the 4×400 this year.  He was also named the Most Outstanding Athlete at the Sioux City Relays.  This years’ time in the 400 hurdle competes with most college times coming in at 54.44 but he knows he needs to improve that this summer if he wants to make an immediate impact with the Coyotes.  Alex said, “There are a lot of little things I will need to work on to compete at the national level. As long as I stay determined and work hard to improve my strength and speed I think I can definitely compete at the national level. Right now I have focused on basketball so much that I think once I began really focusing on track and field year round I will see a lot of improvements.”

Alex has already made quite a few improvements and still has to finish his senior year with state track coming up in just under two weeks.  His goal of breaking his own 300 meter hurdles school record is definitely within reach but he also plans on taking first at state in the same event and finishing in the top 3 in the 110 meter hurdles.  With the proper training and diet he thinks he can do it.  His day to day training consist of a lot of repetition, getting over hurdles almost every day with a workout that includes either speed training or endurance ranging from sprints to 600 meter repeats.  He also takes care of his body watching what he eats, getting plenty of fluids and icing to prevent soreness.  He even said that he drinks,

“a gross protein shake served up by my dad every night I get home from a workout.” 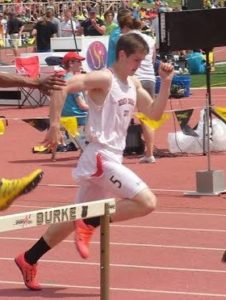 When asked if Alex has had any mentors he said “Mike Gesell really made a big impact early on in developing my basketball game and showed me what it truly meant to work hard. I think his influence was amazing for me and I hope I have that impact on others younger than me as well.” He also said, “Coach Bart Miller and Al Carothers really pushed me in track and field and helped give me so much confidence that showed me the athlete I could be on the track. My basketball coaches Jeff Janzen and Terry Comstock pushed me every day in basketball practice and also had a major impact on my work ethic.”

Congrats on all of your success Alex!  We are happy for you to continue your education here in Siouxland and your athletic career at USD!!! 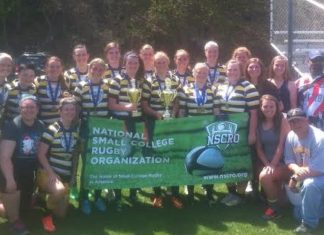