South Sioux City, Nebraska — I sat down with sophomore South Sioux City baseball player, Alan Dungun. His main position on the diamond is 3rd base. I asked him several questions about the upcoming season. He sure sounds excited about the season. Last year the team went 3-14, but Alan Dungan and his team are prepared to make sure that, that won’t happen again.

SB: What makes baseball an enjoyable sport for you?
AD:  I like playing the position and love to hang with my teammates.

SB: When did you start playing baseball?
AD: I Played t-ball at 7

SB: What position do you play?
AD: 3rd base for high school and on my traveling team I plays catcher.

SB: What’s your goal for this year’s season?
AD: My goal is to just have fun and play the game I love ever since he was 7.

SB: Who is your favorite baseball player?
AD: A-rod

Q: What is something you like about your Coach?
AD: Coach Keane because he never gets mad when we make mistakes.

SB: Without baseball what is Alan Dungan?
AD: I would have nothing to do during summer and wouldn’t be the person I am today, because baseball make you a better person and It teaches you to achieve your goals.
Good Luck to the SSC baseball team as they try compete to go to state. 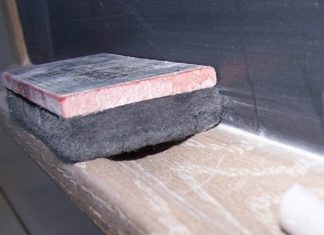 You’re Always There For Me

HometownShare Submissions - November 3, 2018
0
When I've had a bad day or just not having any fun. You always understand me and you're the only one. I don't know what it is or why...

“For The Love Of The Game” Mitchell Betsworth