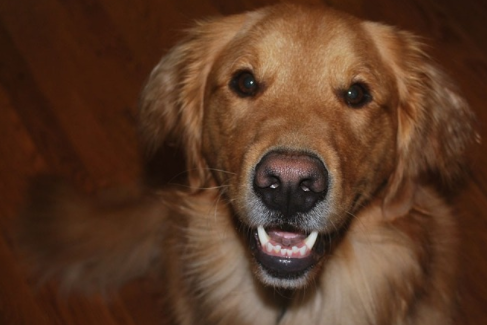 Have you ever wondered what a dog is thinking? A Dog’s Purpose will make viewers wonder what other lives a dog has had. The directing credit goes to Lasse Hallstrom who is known for also directing Hachi: A Dog’s Tale. He brought W. Bruce Cameron’s book to life!  The dog in this movie questions the meaning of all life, especially his own.

In the movie, A Dog’s Purpose viewers hear all the thoughts of Bailey, Ellie, Tino, and Buddy (all voiced by Josh Gad). This dog learned different talents and lessons through each one of his lives.

In his first life, as Bailey, he is picked up by a human who leaves him in a steaming hot truck. He was then rescued by 8-year-old Ethan (Bryce Gheisar) and Ethan’s mom (Juliet Rylance). Ethan taught him tricks, and they both grew up together. Teenager Ethan ( K.J. Apa) was a mature young man and his best companion was still his growing dog. Ethan was a big football star. Ethan and Bailey met a girl that Ethan really liked. Hannah (Britt Robertson) and Ethan had a nice, loving relationship. Todd (Logan Miller) was a kid on his football team, and he was very jealous of Ethan’s family. He was playing a prank with a firework and accidentally set Ethan’s house on fire. Ethan saved his mom and his dog but attempting to save himself resulted in him breaking his leg. From then on everything else fell apart. He broke up with Hannah, and he barely did anything else with Bailey. He left for college and Bailey did nothing because he missed his friend so much. Bailey was too depressed and Ethan’s mom put him down, but not before Ethan showed up and they said goodbye. He learned to love and how to be loyal in his first life.

He wasn’t dead long. He was reincarnated into a German Shepherd named Ellie. Yes, he was a girl this time! He was trained to be a police dog. He learned how to track people, drugs, and other useful tactics. When they were at home his owner (John Ortiz) was very stern with Ellie. He was hardened by the loss of his wife and was trying to keep his distance from Ellie just in case he would lose her. One day Ellie is on a job and is supposed to find a kidnapper by smelling his scent. He found the kidnapper along with her owner. The kidnapper threw the girl into a damn, and Ellie leaped after the girl. Ellie brought the girl back and was shot by the kidnapper. Ellie died in the arms of her owner. In this life, he learned discipline.

Then, he smelled the warm smells of a mother and milk yet again. This time he was a Pembroke Welsh Corgi. He was a tiny dog that was being sold. Maya (Kirby Howell-Baptiste) finds this box and falls in love with her dog Tino. This owner was sad and really kept Tino close to her. She didn’t have anyone but Tino. They would be lazy all day, and he read her mind about the food they were always gonna eat. He never had to run or do anything in this life. Until Tino and Maya found the perfect match for them. Al (Pooch Hall) was Maya’s perfect match and Tino fell in love with Al’s dog. Maya and Al got married with their dogs close by. After that eventually, Al’s dog died and after that Tino had to live to do nothing anymore. He was depressed his love wasn’t there in the world. He died of loneliness. He learned in this life that he can love and relax once in awhile.

His last life he has put in a for sale box again, and he was a fluffy Saint Bernard. This hands down had to be one of the worst lives he had. A woman that loves animals took him home with her. Wendi (Nicole LaPlaca) begged her boyfriend to keep him. He agreed and he was thrown outside. He never was allowed inside and was never played with. He was lonely and sat outside. Until one day Wendi’s boyfriend said they didn’t have the money and dumped him in the city. He made his way to the park and smelled stuff all too familiar. He continued and found a field. He also recognized this and sprinted to a house he used to call home. He was reunited with an older Ethan (Dennis Quaid). Ethan fed him for a night and didn’t get attached and after weeks, he took pity and went to get him his name tag. Buddy, was his name. Buddy was happy he was back with Ethan but he was sad for him because he didn’t have Hannah. He went back to the park and smelled his way to a woman’s house. He found Hannah and her daughter. He made sure that she drove him back to Ethan’s. Ethan and Hannah made up and were still in love. They got married! Now that he got them back together Buddy still felt unhappy. He wanted Ethan to know that it was him, that it was Bailey. He went digging and found the old football. He got Ethan to play and do the one old trick. Ethan found out that it was Bailey. He knew then that this life was going to make him happy again. 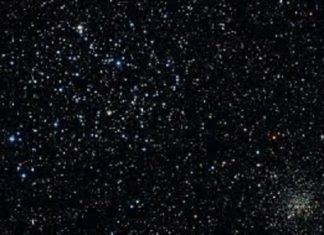 Maxim R. Forrest - February 19, 2017
3
I have dangerous thoughts that consume me. They hold my resting head. I embrace them like a sheet. They're the pillow on my bed. These thoughts so seductive, They...